The much-anticipated Gippsland Performing Arts Centre has opened its doors to the public, with the state-of-the-art space to become a drawcard for locals and visitors bringing top acts to the region.

Minister for Regional Development Mary-Anne Thomas and Member for Eastern Victoria Harriet Shing officially opened the Gippsland Performing Arts Centre today, a centerpiece of the $42 million Latrobe Creative Precinct supported by the Andrews Labor Government. The centre already has a jam-packed calendar with a four-day festival of live comedy, theatre, drama and dance to reinvigorate the local arts industry for the Latrobe Valley and Gippsland. 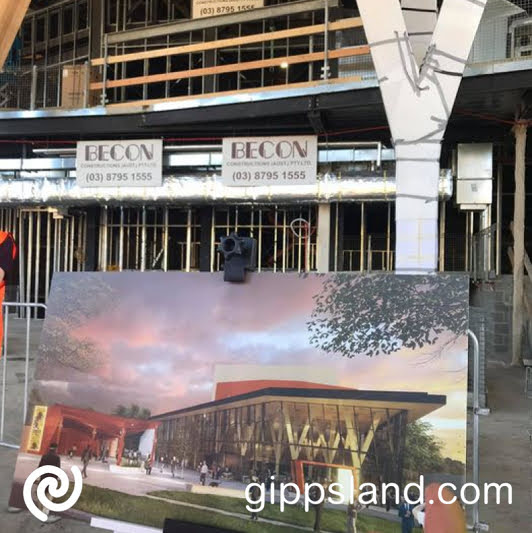 Once open, it will attract world-class events and exhibitions, enhance liveability and pride of place across the Valley, tie in with our existing creative spaces across Gippsland and add another dimension to our vibrant visitor and tourism offering

It is set to become the heart of performing arts in the region and one of Victoria's top regional venues, with a new 750-seat theatre, meeting rooms, a box office, visitor information centre, cafe and bar.

The precinct also includes the existing Traralgon Library and the much-loved Little Theatre which is being refurbished into an education space to support local theatre groups, and aspiring creatives in Gippsland for years to come.

The project has supported up to 150 jobs during construction, and the Precinct is expected to create 30 full-time jobs once complete and generate up to $5.4 million for the region's economy each year.

This project is part of the government's almost $30 billion record investment across regional and rural Victoria since 2015. More information on Regional jobs and infrastructure page.

Minister for Regional Development Mary-Anne Thomas said, "It's fantastic to see the Latrobe Creative Precinct come to life, which will attract new cultural opportunities for the region and create more jobs. This is a game-changing project for the people of the Latrobe Valley."

Minister for Creative Industries Danny Pearson said, "Top-class creative facilities like this play a vital role in the vibrancy and liveability of our regions and help make Victoria the creative state."

Member for Eastern Victoria and Parliamentary Secretary for Creative Industries Harriet Shing said, "This beautiful, accessible, and world-class performing arts facility is the result of a truly local effort to design and deliver a creative centre for performances, exhibitions, and community creativity - and we are determined to make sure that our support for the Valley continues into the future."

Mayor of Latrobe City, Cr Kellie O'Callaghan said, "This investment has created Gippsland's home of the arts, offering our community and visitors with a world-class facility that will bring great entertainment for generations to come."