Council has endorsed its full support for a new hospital in West Gippsland.

Council has endorsed its full support for a new hospital in West Gippsland and has pledged commitment to sign a Memorandum of Understanding (MoU) with West Gippsland Healthcare Group (WGHG) to jointly progress advocacy and planning. 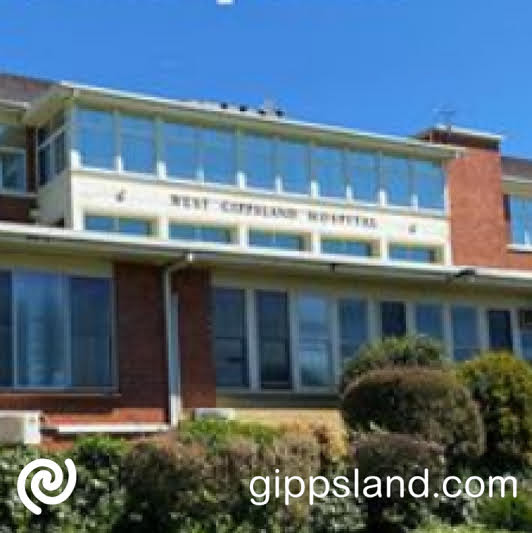 The deteriorating condition of the current hospital and lack of capacity to meet the growing demand West Gippsland Hospital Group acquired 23.6 hectares of land in Drouin East as a site for a new hospital

The decision to enter an MoU with WGHG was made at last night's council meeting held in Labertouche. The motion passed with a unanimous vote in favour by all councillors, moved by Cr Wallace and seconded by Cr McCabe. Once formally signed, the agreement will formalise council's and WGHG's commitment to work together to secure a new $500 million hospital at the already-acquired 23.6-hectare greenfield site on Lardners Track in Drouin East.

The MoU will be formally signed by representatives from both parties at the next WGHG board meeting scheduled for Thursday, 25 November 2021. It is well understood and acknowledged by Council, WCHG and our community that the existing West Gippsland Hospital is a vital asset struggling to keep up with demand and regional population growth.

Historically, West Gippsland has continually missed out on significant state government funding due to proximity to existing hospitals in Casey, Latrobe and Bass Coast. However, with a well-positioned greenfield site, rapid population growth and strain on existing medical services in the area, there is a strong case for significant investment in a new hospital.

Through the MoU, Council and WGHG will agree to not only advocate for funding, but to also progress and resolve planning, zoning and urban design matters such as integration with the existing road and public transport networks, provision of public open space and pedestrian/bike links.

Although not legally binding, the MoU will be entered into in the spirit of achieving the best outcomes for the growing community of West Gippsland. A further announcement will be made when the MoU is formalised and signed later in the month.

Mayor Cr Danny Goss said, "We're proud to join forces with WGHG and look forward to formalising our alliance with the signed MoU in the coming weeks. It will be a significant step forward in our fight for a new hospital for our region."

Cr Darren Wallace said, "We've seen hundreds of millions in healthcare dollars sail over our heads to the Latrobe Valley, while here in Baw Baw Shire we are the fastest growing municipality in regional Victoria. We can no longer be ignored because of party politics at Spring Street in Melbourne."

"Social services must follow population growth, and this recommendation shows Baw Baw Shire's commitment to the West Gippsland Healthcare Group that we'll do whatever we can to get the long-talked-about replacement of the Warragul hospital. The land is secured, we just need the commitment from the State Government to build this facility." Cr Darren Wallace said.

Cr Annemarie McCabe said, "We need a new modern healthcare facility that caters to the growing needs of our population in Baw Baw Shire. I am very happy to be supporting this recommendation. A new hospital for our community is a worthy cause for collaboration, and Council's support for this MoU shows that we will do whatever we can to progress the plans of the West Gippsland Healthcare Group to secure the necessary State Government funding to make it happen."