There are a number of rumours currently circulating about Coal Creek Community Park and Museum that South Gippsland Shire Council Mayor, Mohya Davies is keen to dispel, "We are aware that there has been concern amongst some community members about what is occurring at Coal Creek and would like to clear up any misinformation. 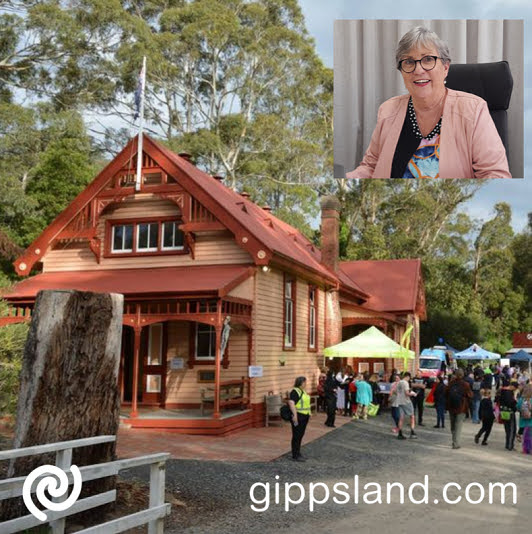 South Gippsland Shire Council Mayor, Mohya Davies says that no other buildings are being demolished as part of the works

Mayor Davies said, "We are currently undertaking maintenance works at Coal Creek Community Park and Museum to ensure safety and improve security. Many of these works are to clear up fallen branches, trees and damaged vegetation following the June 2021 storms. As a result of these works, and due to recent break in attempts, a fence with gates has been erected within the Park. This will help to ensure the safety of staff and visitors and provide additional security for the collection."

"Additionally, one shed - which is not one of the buildings that forms part of the heritage collection - will be demolished as it was assessed and found to have structural issues that could not be repaired."

"There have also been some claims made about the train in Coal Creek Community Park and Museum. I would like to assure our community that the council is not in the processing of selling the bush tramway. In fact, our Coal Creek team has been having productive discussions with a number of interested volunteers and groups about preserving the attraction and getting it functional again." Mayor Davies said.

Ms Davies also said, "Council has also recently contacted all Coal Creek volunteers to determine their interest in returning to the Park and have had some great meetings to expedite this process. We are keen to see volunteers return to site, when they feel comfortable to do so. Volunteers are one of Coal Creek's greatest assets and we value their ongoing support."

"As for the future of Coal Creek there are many more conversations to be had, both with council and the community. Feedback received during the engagement period for the Arts, Culture and Creative Industries will help council to understand our community's thoughts about Coal Creek and plan a way forward but there are more discussions to be had and ideas to be considered."

"To suggest that the Park is in the process of being 'gutted' is nonsensical, misleading and creates unnecessary concern in our community and to our valued staff and volunteers. Council does not currently have a plan for Coal Creek but is keen to develop one, but only after extensive consultation with our local community," said Ms Davies.