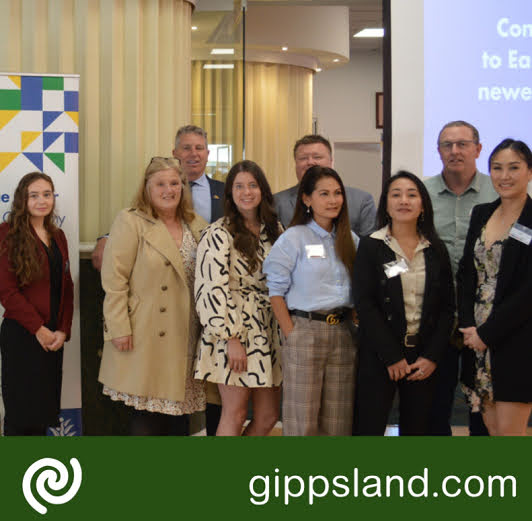 Mr Reeves said, "Australian citizenship is the bond that unites all Australians, regardless of whether we were born in Australia or have decided to make Australia our home. It was great to be able to celebrate with 14 of our newest citizens and their families."

"Today our conferees, from America, Britain, Canada, France, Malaysia, Philippines and Thailand, formally pledged their commitment to Australia. Our newest citizens are already contributing to our region in a variety of ways and it's great that they have made the choice to become official Aussies." Mr Reeves concluded. 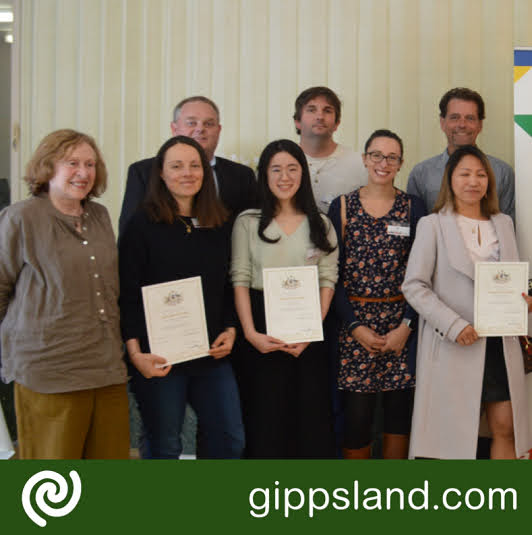 Tim Bull MP and the rest of the 14 newest Australians

Zoe Chin is one of the East Gippsland residents who became an Australian citizen. Zoe moved to Australia from Malaysia in 2015 to further her education. She studied in Queensland and Darwin before settling in East Gippsland, where she is a pharmacist at Bairnsdale Regional Health Service.

"Becoming a citizen makes Australia our home. The Australian people have been so welcoming to us, and we have such a wonderful quality of life here in East Gippsland," Zoe said.

Ninety-one people have this year taken the oath and become Australian citizens in ceremonies hosted by council. The ceremony was livestreamed and can be viewed on council's YouTube channel 'EastGippyTV'.