Latrobe City started the year in style with a baker's dozen of big events bringing in significant visitation and tourism dollars throughout the municipality.

A suite of major infrastructure upgrades was showcased across an eclectic mix of sporting and community events, highlighting the benefits of recent multi-million-dollar investments from all levels of government. The upgraded Gippsland Regional Indoor Sports Stadium (GRISS) was in the spotlight with a near capacity 2634 crowd on hand for the in-season NBL showdown between SEM Phoenix and Cairns Taipans. 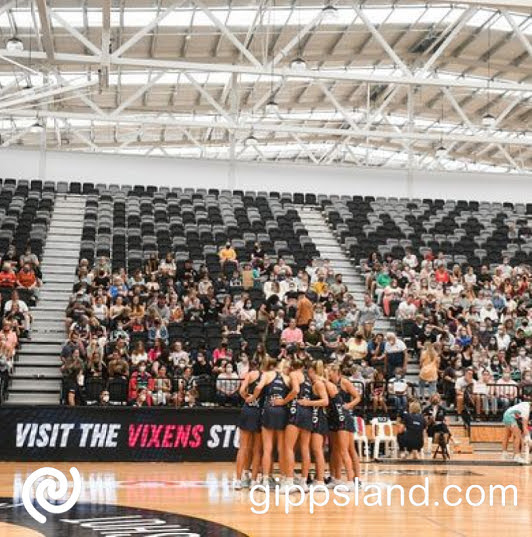 The events bonanza played as a precursor for upcoming major events, including Latrobe City's pending participation as a Commonwealth Games host hub

Boost in the economy

In February a further 500 people packed the GRISS to watch the Melbourne Boomers play the Perth Lynx in an entertaining WNBL fixture, while 1500 attended the Melbourne Vixens versus Adelaide Thunderbirds Super Netball double feature.

The sporting smorgasbord also included a special six-term AFL pre-season clash between Collingwood and Hawthorn in front of 4500 fans at the new and improved Morwell Recreation Reserve.

Some new events also emerged on the Latrobe City calendar, including the debut of the AGL Loy Yang Gippsland Cup soccer tournament, including the likes of Melbourne Victory and Eastern Lions SC, as well as a Yinnar Food Truck Festival.

Annual Australia Day breakfasts and citizenship ceremonies were again a highlight across the region, as was the recurring Energy Australia Classic and Latrobe City Classic Pairs lawn bowls competitions, which drew a combined 1400 people to Yallourn and Moe.

Latrobe City Mayor Kellie O'Callaghan said, "The quality and quantity of major events staged across Latrobe City in such a short span reflects our growth as a regional sporting and cultural hub of national significance."

"We continue to gain momentum in this space, activating our world class infrastructure with increasing regularity and attracting a host of new events to our flourishing regional city." Cr O'Callaghan said.