Mayor of Latrobe City Council and One Gippsland Chair Cr Kellie O'Callaghan said "One Gippsland encouraged Gippslanders to have their say when the Victorian Government's Connecting Victoria survey was open last year, and I'm pleased to see such a strong response from our region. Digital connectivity is a major obstacle to growth in Gippsland, and this was supported by over 41% of respondents to the survey indicating that business, economic and industrial development were affected by connectivity challenges" Cr O'Callaghan explained. 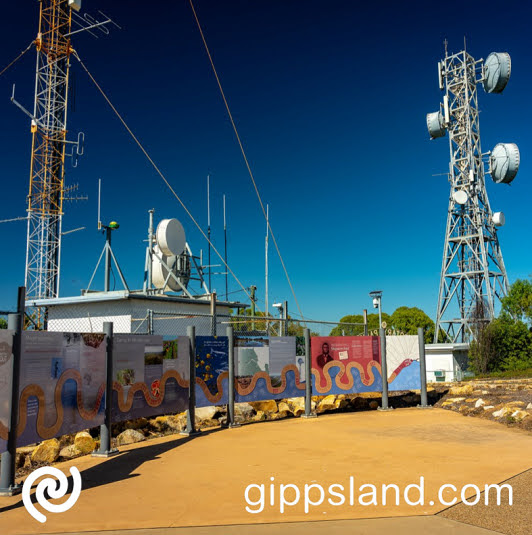 Cr O'Callaghan revealed, "This report backs up previous findings that Gippsland is lagging well behind metro areas when it comes to connectivity, scoring 13.6 points behind inner Melbourne on the Australian Digital Inclusion Index and battling nearly 500 blackspots registered across the region."

One Gippsland has been advocating for support for new and upgraded digital infrastructure, enhancements for mobile services on V/Line trains, prioritisation for Gippsland mobile blackspot funding and improvements to performance and reliability standards.

Cr O'Callaghan said "One Gippsland has been making the case to the Victorian Minister for the Digital Economy the Hon Jaala Pulford and Federal Minister for Regional Communications Senator the Hon Bridget McKenzie that Gippsland requires infrastructure upgrades so people can work and learn remotely, invest, grow and access essential services."

"If Covid has taught us anything, it is the power of digital connectivity. We want to make sure that no one in our region is left behind" Cr O'Callaghan concluded.

The recently released Connecting Victoria Engagement Report confirms this need in Gippsland and across regional Victoria with feedback from more than 11,000 responses, 13 roundtable discussions and 110 formal submissions, which will be used to help guide telecommunications funding decisions in the future.

Broadband connectivity was identified as a major concern, with over 63% of submissions highlighting this as an existing challenge. Furthermore, 75% of councils indicated that poor digital connectivity was a contributing factor to social inclusion issues.

The Victorian Government's report comes on the back of the Australian Government's recently released 2021 Regional Telecommunications Review, which received 658 written submissions, in addition to feedback from 24 online consultation sessions attended by almost 500 people.

One Gippsland made submissions on behalf of the region to the Connecting Victoria Survey, Regional Telecommunications Review and the Regional Connectivity Program Draft Guidelines in addition to its Pre Budget Submission.