The 2022-23 State Budget, with the slogan "Putting Patients First", has failed to deliver a new Hospital for West Gippsland.

While Victorian Treasurer Tim Pallas has said the State Budget contains billions for pandemic recovery and health investment, no funding could be found to deliver a new West Gippsland Hospital. Speaking from State Parliament, Member for Narracan Gary Blackwood said it was a clear signal to the community that the Premier did not value the health needs of West Gippsland. "This Budget handed down today by Daniel Andrews and the Victorian Labor government is a reminder that they don't care about this community," said Mr Blackwood. 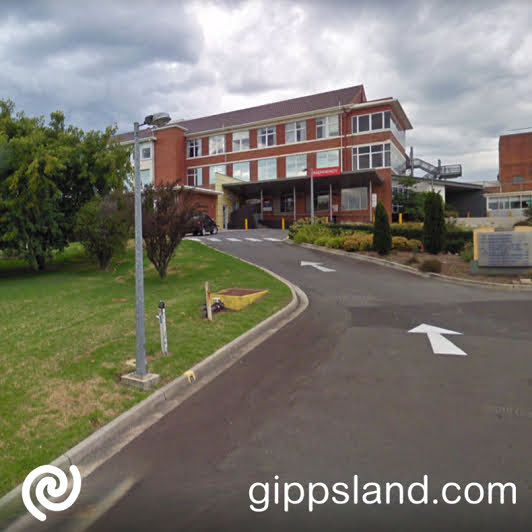 Struggling with the demand

Mr Blackwood said, "Daniel Andrews has served 11 of the past 15 years as Minister for Health or Premier, and still he has no interest in delivering a new West Gippsland Hospital to support our community. Baw Baw is among the most rapidly growing regions in our state and if this project is not funded urgently healthcare services will continue to be rapidly outpaced by population growth."

"Already our health service is struggling with the demand for patient services, for emergency services, for day surgery, for maternal services, and the failure to include funding for a new West Gippsland Hospital in a budget literally headlined with the words Putting Patients First is disgraceful. Daniel Andrews and Labor do not care about this region, and they should be ashamed today of the record of failure they have delivered for Narracan and West Gippsland,' said Mr Blackwood.

Liberal Candidate for the seat of Narracan, Wayne Farnham, said while there were positive aspects to the budget, it was still very disappointing to see no mention of a new West Gippsland Hospital.

"Since being preselected as Liberal Candidate for Narracan at the November state election, the number one issue I have heard from locals is West Gippsland Hospital. The Andrews Labor government has had every opportunity to deliver a new hospital and they have chosen not to. I would not be confident that Daniel Andrews is able to find Narracan on a map." Mr Blackwood continued.

Mr Farnham welcomed the announcement of funding for the Warragul Specialist School and said with the cost of living weighing on many families, many would be concerned by the billions in borrowings, debt and deficit that this budget delivered.

"Having been the builder who constructed the Warragul and District Specialist School in 2005, I am very pleased to see nearly $6.6m in funding committed to support students and teachers who do an exceptional job," Mr Farnham said.

"When the school was constructed it was designed to support 50 students, today it supports more than double that and the funding, while well overdue, will be welcomed by families. A broad announcement of $101m for regional roads state-wide contains no details about the benefits for our local roads." Mr Farnham said.

Mr Farnham said, "I would have liked to have seen a commitment from the Andrews government for the $3m into the design of the Drouin Heavy Vehicle Bypass which the local community has been advocating for. With new families choosing to make West Gippsland and Narracan home, investment in local road projects is vital now before traffic and congestion in Warragul and Drouin gets any worse."

"At a time where families are struggling with the cost of living, it is very concerning to see annual interest repayments on Labor's debt skyrocket from $3.1b to $6.4b in only four years. Victorians now carry twice the debt burden as those in New South Wales as Labor's record debt of $168b means more taxes, higher cost of living, fewer opportunities and less secure jobs," said Mr Farnham.