With the Federal election around the corner, Baw Baw Shire Council has ramped up its advocacy efforts, securing support on both sides of the aisle for priority infrastructure desperately needed to meet the growing demands of an exploding population. This week, Mayor of Baw Baw Shire Cr Michael Leaney met with the incumbent Federal Member for Monash Russell Broadbent MP, Labor candidate Jessica O'Donnell and Voices for Monash candidate Deb Leonard to discuss council's key advocacy priorities and seek their support ahead of the election. 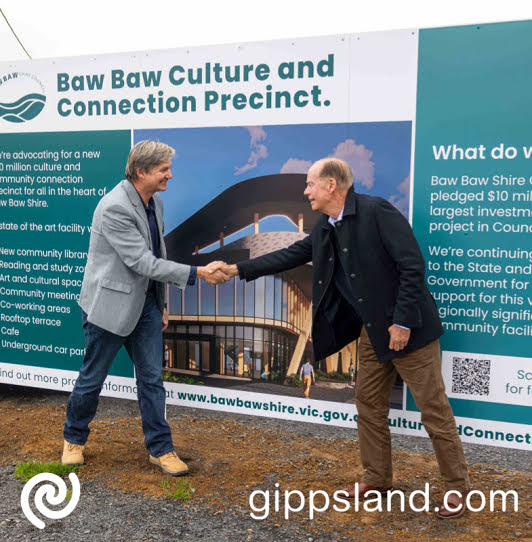 High on the list of priorities is Stage 1 of the proposed Baw Baw Culture and Connection Precinct adjacent to the West Gippsland Arts Centre in Civic Park, Warragul. The $30 million multi-level Library and Learning facility is the largest single undertaking in council's history, and would deliver:

Other council priorities are:

Council has pledged $10 million towards the project (for which an architect was recently appointed), and is now seeking $10 million in matching support from both the State and Federal Governments.

So far, the Victorian Government has pledged $3.5 million towards the project, while council currently has an active $10 million grant application lodged with the Federal Government's Building Better Regions Fund. In a major boost to council's efforts, the three candidates said they would put their support behind this key piece of social infrastructure and pledged to lobby on Baw Baw's behalf. 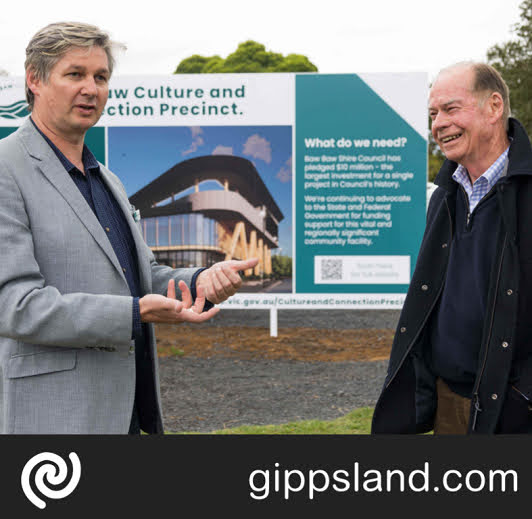 Speaking on the site of the proposed facility, Federal Member for Monash Russell Broadbent said "Projects like this maximise opportunities for community connectedness and provide vital social infrastructure that will service our rapidly growing community for generations to come. The multi-use site provides flexibility to support a broad range of uses and will play an important role in preserving this region as a great place to live, work and play."

Labor's Jessica O'Donnell also publicly backed the project. "Local Government plays such a vital role in delivering services and infrastructure for the community. There are multiple infrastructure projects in the pipeline across Monash, particularly in the growth areas like Baw Baw."

"I thank the council for inviting me to hear about the needs of the community in Baw Baw and I look forward to working with them in advocating for these projects - including what will be a magnificent Culture and Connection Precinct." Ms O'Donnell said.

Voices for Monash candidate Deb Leonard said, "As a community-nominated candidate, I applaud Baw Baw Shire's commitment to improving facilities within the Shire through the building of the Cultural and Community Precinct. It is a wonderful project with huge community benefits. If elected I will advocate strongly for the required Federal contribution to ensure it comes to fruition. As an Independent, I am sure I can draw more attention for Federal funding to our area for projects such as this."

"I will also be a strong advocate for other Baw Baw projects, especially in high growth areas such as Drouin. Easing traffic congestion through the centre of Drouin is a major concern to residents of the area, and I will advocate for funding to address this also." Ms Deb Leonard said. 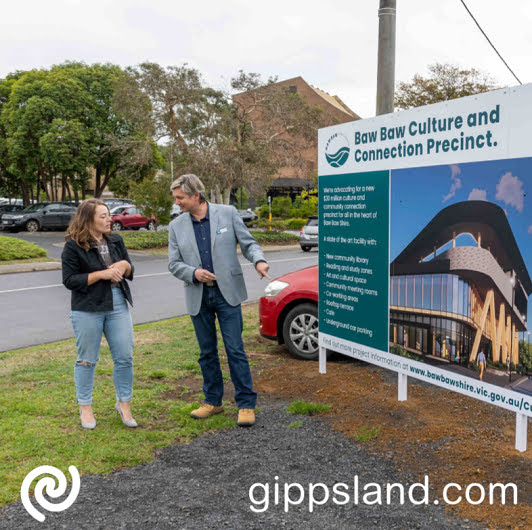 Buoyed by the pledged support, the project will continue towards the next major milestone with the appointment of a Project Reference Group (PRG) following a call to the community for expressions of interest.

Made up of community members and key stakeholders, when appointed the PRG will help inform the design of the facility and ensure that it meets the specific needs of the community and user groups. To learn more about the Baw Baw Culture and Connection Precinct and council's other key advocacy priorities, visit Advocacy Priorities (bawbawshire.vic.gov.au).

Mayor Cr Michael Leaney said, "On behalf of Baw Baw Shire Council, we welcome the candidates' pledged support with open arms. I am open to engaging with all potential candidates to ensure they are fully aware of our community's needs and priorities."

"Regardless of who is in government, one thing does not change: Baw Baw Shire is one of the fastest growing regions in Victoria. Our population is exploding - it is set to nearly double over the next 15 to 20 years. That growth is simply more than our infrastructure can cope with. Without State and Federal Government support to match that growth, we cannot keep up." 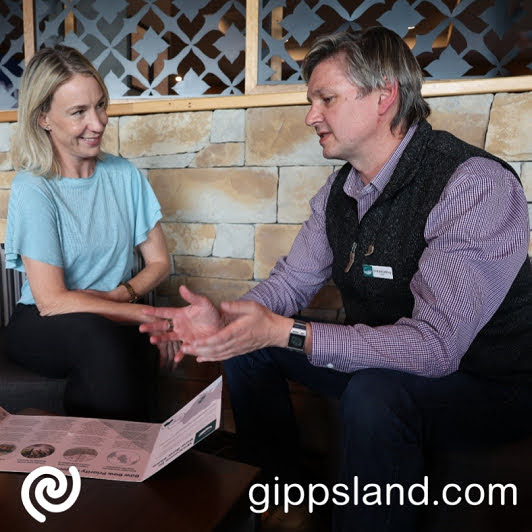 The pressure and demands on our existing social infrastructure is falling behind the needs of our growing population. We are talking about things like community meeting spaces, art and cultural spaces, public amenities, and parking.

"The Baw Baw Culture and Connection Precinct will deliver this and more. It is a multi-use community connection space that will serve our community for generations to come. We are calling on all levels of government to help us get this project over the line."

"The statements of support from federal candidates on all sides of the political spectrum show just how widely acknowledged the need for this facility is, and they are a very big step towards making it a reality. I thank them all for recognising the issue and putting their support behind this critical component of this region's future." Mayor Leaney concluded.