The Andrews Labor government needs to come clean on how much water bills will rise under its new water plan and reveal whether it intends to build a second desalination plant.

The government today released the Central and Gippsland Region Sustainable Water Strategy which flags increasing desalination supplies and the need for higher water bills among its so-called "plans". Labor has continually focused on desal water as the solution to a drying climate, adding costs to Melbournian's water bills even when our dams are overflowing from large rainfalls. 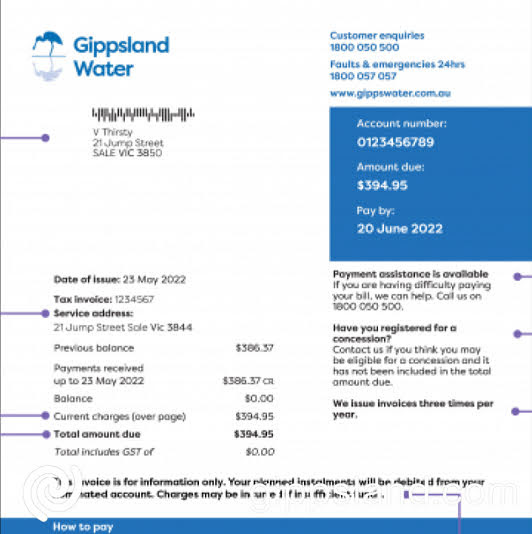 Labor has continually focused on desal water as the solution to a drying climate, adding costs to water bills even when our dams are overflowing from large rainfalls

Shadow Minister for Water, Danny O'Brien, said the government had turned its back on storm water and recycling initiatives because they had been championed by the previous Liberals and Nationals government. Labor is now belatedly investigating these options as well as flagging more desalinated water into our system. There is an election coming up in a few months and Labor's plan released today reveals nothing more than a plan for more plans."

"The government should be honest with Victorians and outline whether it intends to in fact build a new desalination plant and how much it intends to slug Victorians for the additional cost."

"The plan makes clear on page 16 that 'increases in water bills will be required'. The government should outline what that means for ordinary Victorians already battling cost of living pressures." Mr O'Brien said

Increasing use of recycled water

Mr O'Brien said the Liberals and Nationals had already announced they will not purchase expensive desal water unless storages fall below 60 per cent capacity.

"The previous Liberal and Nationals government had a plan to capture stormwater and increase the use of recycled water for non-drinking water purposes, but Labor has been inactive on this now for eight years," Mr O'Brien said.

"Water bills have continued to rise under Labor after it turned its back on recycling and storm water options in 2014 and today's strategy shows bills will rise further if Labor is re-elected in November." Mr O'Brien concluded.