The significant contribution from the Victorian government's budget, brings the total current funding allocation towards this $10 million project to $4.75 million, following council's $2 million allocation. Council is committed to delivering the $10 million Traralgon Flood Recovery project in its entirety and is calling on the federal government to contribute to the project. 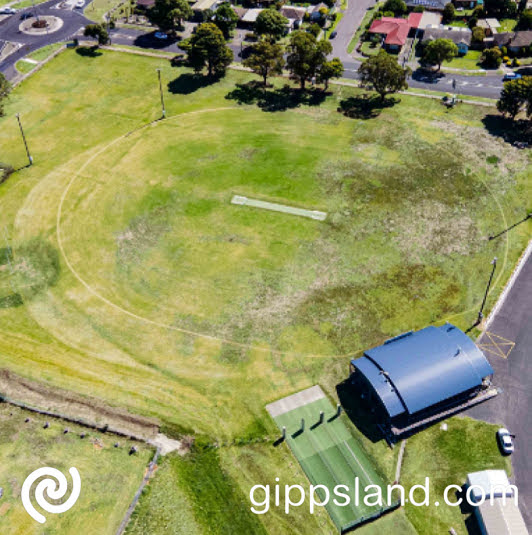 Mayor of Latrobe City Council Cr Kellie O'Callaghan thanked the Victorian Government for acknowledging the urgent needs of the community. "The June 2021 flood and storm event caused catastrophic damage to this important community asset and has left community groups and sporting clubs displaced."

"This funding provides a significant level of support to this project, which is a vital part of the ongoing recovery of our community. Significant advocacy, planning and consultation has taken place and we are ready to start as soon as we reach the $10 million goal," said Cr O'Callaghan.

Glenview Park would be further developed to include an outdoor event space and community hub including a number of buildings for community use. These community buildings would cater for groups such as the Traralgon Men's Shed and include a purpose-built facility for Gippsland Ranges Roller Derby and Latrobe Valley Dodgeball Association.

Existing groups already established at Glenview Park such as the Latrobe Valley Racing Club, Traralgon Croquet Club and Ravens Equestrian Club would also be accommodated by the development.