Federal Member for Gippsland Darren Chester says he has been assured that work to complete the sealing of the Bonang Road will be completed within 12 months.

Mr Chester secured $9 million for the sealing of the final 12 kilometres of the road to improve safety for locals and visitors. "Like all the local community, I am frustrated that the roadwork hasn't been completed already but I've been advised that all levels of government are working to get the project moving," he said. 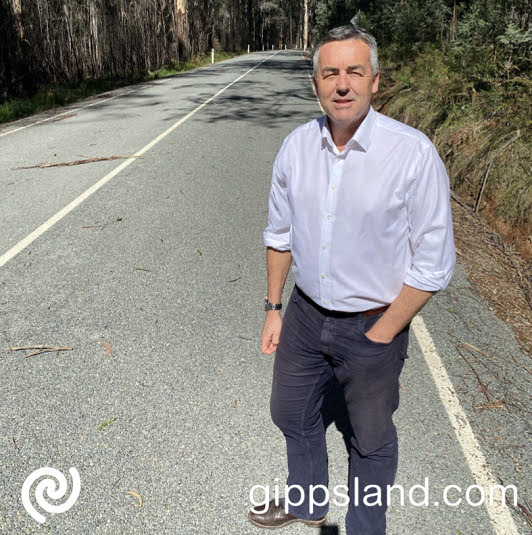 Mr Chester said, "They are finalising the planning approvals for some vegetation removal which is required to allow the sealing works to progress. We can expect to see the initial site preparation works, including vegetation removal and earthwork widenings progressing over the next few months."

This project will allow sealing work to occur over the summer construction period of 2022/2023. I'm working to secure more funding from the ROSI program to help with the backlog of works on other major arterials including the Great Alpine Road." Mr Chester said.