The Monaro Highway, a critical freight route in and out of East Gippsland, is the latest in the local roads network requiring urgent attention with local Nationals MP.

This comes on the back of Roads and Road Safety Minister, Ben Carroll, spruiking in Parliament last week about the success of the State's road maintenance program. "Mr Carroll was on very good terms with himself as he stood and attempted to tell the Parliament, what a good job he was doing, saying the Andrews Government was delivering 'smoother and safer journeys for motorists'." 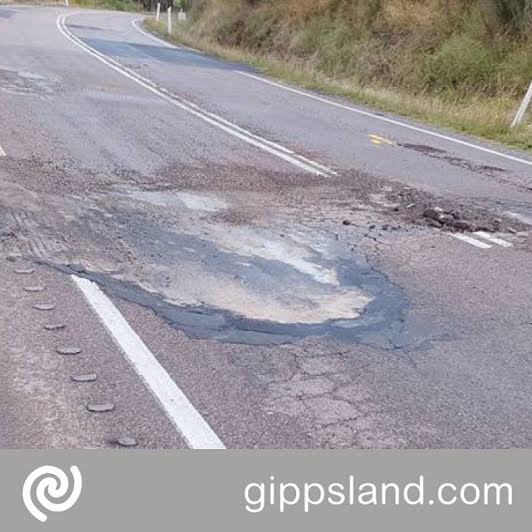 Examples of the deteriorating road surface on the Monaro Highway, captured by local Garry Brownlie, Tim Bull, saying that it's just like many others, it is falling to bits

This brought comments from several country MP's of 'Where Ben, in Melbourne?' Mr Bull said the Monaro Highway was the latest in a long list of roads that needed attention, not just in East Gippsland, but across rural Victoria.

"The trouble is, when we do get some works being done, they are regularly failing within months of installation, as the tenders go out for lower quality works than what is required.

"I actually think the Minister is believing what his advisers are telling him, so I will be inviting him up for an Easter holiday in East Gippsland and he can take a look for himself."Mr Bull said.

Understanding what is needed

Mr Bull said, "I have had for a long time freight drivers telling me the roads are the worst they have seen, and motorists are asking "If a car needs to be roadworthy, shouldn't the road be car worthy?"

"One of the first things this government did in coming to office was cut roads funding when it axed the Country Roads and Bridges Program which the Liberals and Nationals will reinstate."

"I am also delighted that in last week's re-shuffle the Nationals picked up the roads portfolio. My colleague Steph Ryan, who now has that portfolio, has a real understanding of the investment needed in our country's roads network." Mr Bull concluded.