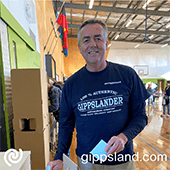 Darren Chester recorded an increased primary vote of more than 55%

Federal Member for Gippsland Darren Chester says he's 'incredibly humbled' by the 202 federal election result which delivered significant swings to him across the region, despite the change in government.

Darren Chester recorded an increased primary vote of more than 55%, as voters in the Latrobe Valley, Wellington Shire and East Gippsland all delivered an increased vote to the experienced MP. "I just want to say a simple thank you to Gippslanders. I am incredibly humbled by the trust you have shown in me and my team to continue to represent you in Federal Parliament," Mr Chester said. 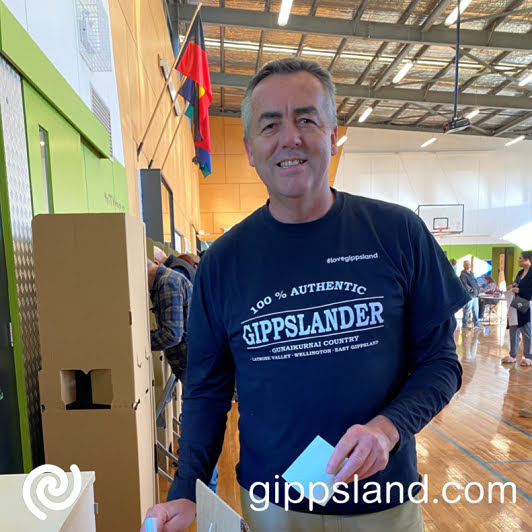 Mr Chester said, "It will take some time for the full result across the nation to be finalised but it's clear that there will be a change of government and I would like to congratulate Prime Minister-elect Anthony Albanese."

"Our democracy is precious and the fact we can change governments without violence should never be taken for granted. I also want to acknowledge outgoing Prime Minister Scott Morrison and all the MPs I've served with who won't be continuing through retirements or election results."

We are in a stronger position than most other nations because of the decisions we made and the hard work of millions of Australians. "While we may not necessarily agree with the decision made by other communities, the majority has spoken and my job is to work as constructively as I can with the new government and hold it to account on issues impacting rural and regional Australia."

Mr Chester said, "My commitment is to keep working for the benefit of Gippslanders and securing the infrastructure and critical services we need for the future. One of the main reasons why I wanted to continue as the Member for Gippsland is to help all young people growing up in our region to achieve their full potential and to let them know that anything is possible if they work hard, and are passionate about their studies, or the jobs they do."

"We should never sell ourselves short and we should be proud of everything our region contributes to the nation. I believe Gippsland is the best region of the greatest country in the world, and I've been extremely honoured and proud to work in partnership with our community to deliver record funding for local projects and critical services." Mr Chester added.

Grateful for the support

Mr Chester said, "It's not perfect and there's always more to be done, and I have the energy, enthusiasm and experience to keep delivering for all Gippslanders." Mr Chester also congratulated the Australian Electoral Commission, all candidates and his support team."

"Elections are a huge logistical task and it ran smoothly across Gippsland which is a credit to all the candidates, the AEC and volunteers who manned the booths and engaged in a respectful way. My hard working staff and family deserve enormous credit for the result we achieved across the region and I want to thank them for their ongoing support," Mr Chester said.