A project to restore land at Stratford once used for cattle grazing to a nature reserve, is now ready for the public to enjoy thanks to a collaboration between Wellington Shire Council and Avon Landcare Group.

Sandhill Road Flora and Fauna Reserve protects remnants of critically endangered Gippsland Red Gum Grassy Woodland vegetation, which used to stretch from Latrobe Valley to East Gippsland. Sadly today, it is believed less than one per cent still exists, and only in small fragments. 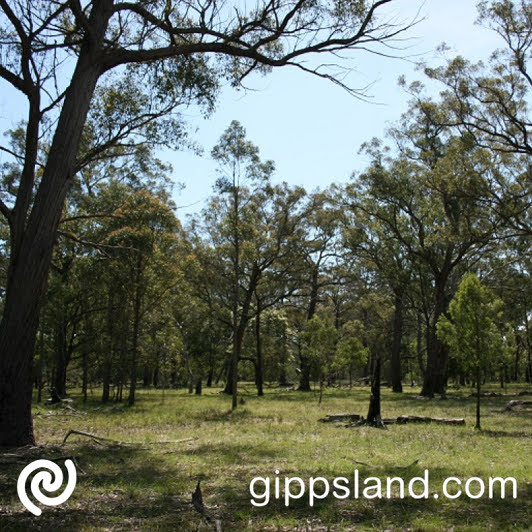 Visit Sandhill Road Flora and Fauna Reserve whenever you want, walk through the revegetated areas, listening to the bird song and watching the native grasses move in the breeze

While it is hard to believe now, the reserve used to form part of the old Stratford tip and was also historically used at different times for burying night soil, holding cattle and grazing. It is on about 7.6 hectares of land owned by Wellington Shire Council, and since 2007 has been managed on behalf of the community by Avon Landcare Group volunteers, who embarked on a project to clear and re-vegetate it.

The result is now open to the public via a walking track which loops around the reserve. Avon Landcare Group member Deb Ray said the Sandhill Road site was part of a vital wildlife corridor and habitat refuge for many insects, birds, marsupials and reptiles.

"It is also a significant seedbank for many of the now threatened and vulnerable species that make up this community. Having the site classified as a reserve will now provide this small remnant protection into the future." Ms Ray said.

Appreciating the beauty and significance

Native vegetation in the reserve includes flowers and grasses like common everlasting and kangaroo grass, alongside Gippsland red gum and sweet Bursaria trees. Ms Ray said the walking track would help people appreciate the beauty and significance of the area. "As the soils are very sandy and vulnerable to disturbance and erosion we ask that people stick to the track which has been specially made throughout the area."

"Keep dogs on leads to protect the variety of wildlife that lives there and restrict access to foot and pedal power only. Anything more risks disturbing and destroying the many wildflowers, grasses and ancient trees that are throughout this reserve," she said.

Ensuring the protection of fragile vegetation and wildlife

Signage and entrance fencing has recently been erected and the walking track is maintained with regular mowing and weed control. Wellington Shire Council Mayor Ian Bye said the reserve was a result of a collaboration between council and the community to ensure the protection of fragile vegetation and wildlife.

"These are important assets to the community, and I congratulate and thank Avon Landcare members for the many hours spent in getting this reserve to a state that we can all enjoy and be proud of," Cr Bye said.

Avon Landcare welcomes members of the public interested in taking part in some of the group's projects. Visit Avon Landcare's Facebook group for more information.