Gippsland motorists are being robbed of the life-saving road upgrades because State and Federal Government bureaucrats are failing to do their jobs, according to the Member for Gippsland Darren Chester. 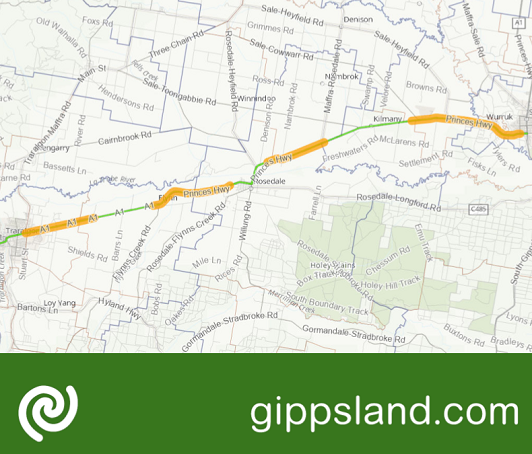 Funding is spread across the state sessions in Gippsland, the funding had been secured but yet, no word had been started

Mr Chester said tens of millions of dollars in Federal Government funding had been allocated to the region but a failure to fast track the design process meant roadworks didn’t start until several months after the announcements.
"In some cases, like the Princes Highway duplication and major upgrades all the way to the NSW border, the bureaucrats in Canberra and Melbourne haven’t even designed and approved projects more than two years after the Federal Government announced funding."

"It’s an absolute disgrace that costs lives but no one will accept responsibility. The Canberra public servants blame the State Government bureaucracy and in the meantime, Gippslanders don’t get the road upgrades they deserve." Mr Chester also said, "We need to develop a greater sense of urgency and a commitment to get projects underway on the ground in a more timely fashion to save lives, create jobs and boost the economy.

Mr Chester said all Federal Government infrastructure funds should have the strict timelines to force the State Government bureaucrats to do their jobs. "Deadlines make things happen." Mr Chester said.

"When we announced road safety funding as part of a coronavirus stimulus package it had a ‘use or lose it’ clause which prompted action from Regional Roads Victoria for a string of improvements across Gippsland in a matter of weeks. But two years after we secured $60 million for Princes Highway works east of Rosedale, virtually nothing has started."

Mr Chester believes the problem rests with the State Government refusing to provide the resources required to get work underway in Gippsland. "We’ve seen terrific examples where local RRV engineers have worked with the community to deliver projects like the Esplanade upgrade in Lakes Entrance but there’s not enough support from the State Minister to design and tender projects with the rest of the funding allocated by the Commonwealth," Mr Chester said.

"The State Government owns the road assets and in many cases it’s the Federal Government offering up to 80% funding but we still can’t get work started in a timely manner. Safe roads are critical to the functioning of regional communities and it’s frustrating to secure record funding for Gippsland and then just wait until the State Government can be bothered to do its job."