The restoration works honour local soldiers who made the supreme sacrifice by bringing the full lustre back to the War Memorial's features, including the re-lettering of faded names and a thorough cleaning of the stonework. 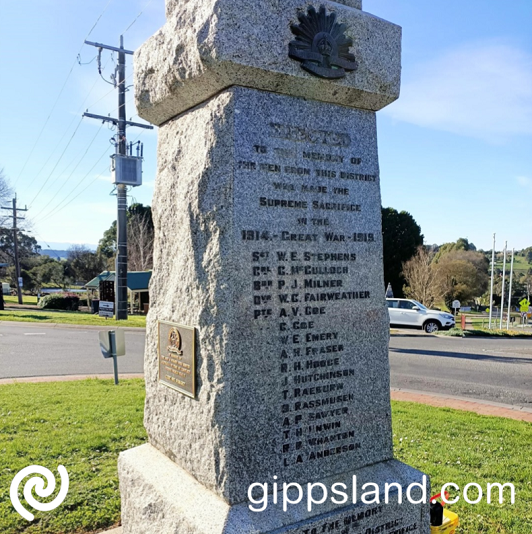 The Neerim South War Memorial restoration project was funded with a $2,200 grant from the Victorian Government under their Victoria Remembers Grant Program. The program offers grants of up to $30,000 for projects which honour or commemorate veterans' service or educate Victorians about veterans' contributions.

According to an article published in the West Gippsland Gazette on Tuesday 9 December 1919, the Neerim South War Memorial was unveiled on Wednesday 3 December 1919 by Brigadier-General C.H. Brand.

The article noted that "in no part of this great Commonwealth, particularly the Gippsland Portion of Victoria, has greater loyalty been shown towards our soldiers in this district."

Honouring the service men and women

Mayor Cr Danny Goss said, "It is an honour for Council to undertake these restoration works and I thank the Victorian Government for their support. The work itself may seem like a small thing, but I believe it is impossible to place a value on protecting the proud legacy of our region's service men and women and ensuring that the names on this memorial can be read for generations to come."