Works to complete the Gippsland Performing Arts Centre exterior and the interior fit out are continuing.

Federal Member for Gippsland Darren Chester said the project was getting closer to completion, with it expected to be finished by the end of the year. "Works to glaze the external facade and outdoor paving are underway with more happening inside, passenger lifts in public and back-of-house areas, fit out of auditorium lighting box, painting of auditorium walls, installation of kitchen equipment and the orchestra pit lift," Mr Chester said. 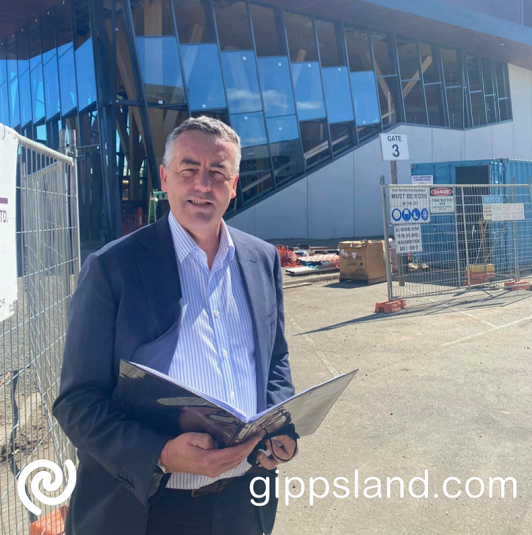 Asset for the region

Mr Chester said once completed the facility would be a great asset for the region. "Following these works the theatre seating will be installed as well as the foyer ceiling and lighting boxes and works to the MacFarlane Burnet meeting rooms. The community will be excited to see the works continuing to progress and approaching the completion of the venue."

Mr Chester said, "It will be a truly spectacular venue for the community to utilise but also a major drawcard for professional groups to visit and perform locally. Major projects like this one improve community infrastructure, support local jobs and the economy not only during the construction stage, but into the future as well."