Sport and recreational facility upgrade that will serve the community for years that also supports and boosts the community and the economy.

Federal Member for Gippsland Darren Chester officially opened the Mallacoota Community Clubrooms over the weekend. Mr Chester said the new clubrooms would be a valuable asset for the community now and into the future. 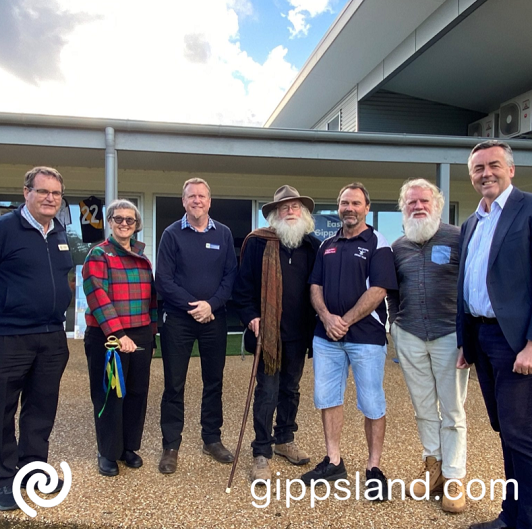 Mr Chester said that, "These clubrooms will be able to be used by the community for a range of sporting events, community gatherings and in times of emergency, if necessary,"

"This opening is an exciting milestone for many people in Mallacoota, with many locals involved in the project. With community sporting seasons well underway, the clubrooms are a hub of activity each weekend with local and visiting teams."

Mr Chester said the new clubrooms featured a multi-purpose room that can be used for functions, a commercial kitchen, changerooms and toilets, umpire and meeting rooms and store rooms.

Mr Chester said, "I secured $975,000 from the Federal Government to fund the project. This investment provides the community of Mallacoota with the facilities they deserve and will service them for many years to come."

Supports and boosts the economy

Mr Chester also said, "Investing in community infrastructure not only improves local facilities, but supports local jobs and boosts the region's economy. Mallacoota has weathered a particularly difficult time over the past year and the new clubrooms are a sign of a stronger and better future for the town." East Gippsland Shire Council also provided funding towards the project.