Local hockey players are celebrating the news that the redevelopment of the WORLD Sporting Precinct in Bairnsdale will now include a synthetic hockey pitch, after a decision by East Gippsland Shire Council on Tuesday, August 3. 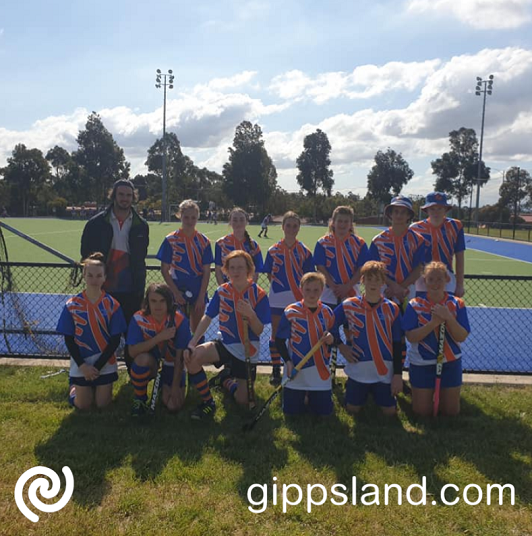 Supporting the growth of hockey

Mayor Cr Mendy Urie said the inclusion of the synthetic pitch, which will replace one of the proposed grass fields, would support the growth of hockey in East Gippsland and help our aspiring Hockeyroos and Kookaburras to improve their skills.

"Hockey is a growing sport in East Gippsland and this synthetic playing field will encourage even more participation. It's an exciting addition that will be used region-wide," Cr Urie said.

"Council is working closely with East Gippsland Hockey Association to make this pitch a reality and the association has agreed to manage the facility. It's a great example of what we can accomplish when we work together to achieve our goals."

Cr Urie also said, "Councillors and officers agreed that including the synthetic pitch in the Stage 1 works was the right time to add the synthetic pitch. As a result, Council passed a contract variation on Tuesday night to allow for one of the two planned grass hockey fields to become a synthetic surface."

Work at the Wallace Street site began this month. Stage 1 includes demolishing the existing pavilion, establishing two grass playing fields and building a car park. The upgrades are due for completion in December, with the synthetic hockey pitch and other upgrades tipped for completion in February 2022.

Once finished, the WORLD Sporting Precinct will have upgraded netball courts, hockey and soccer pitches (including a synthetic hockey pitch), pavilions, floodlighting and improved spectator amenities and facilities.

It will be home to more than 750 local netballers, 630 soccer players and a growing group of hockey players thanks to the introduction of the dedicated synthetic pitch. It also will allow students throughout the region to use the much-improved facilities for carnivals and inter school sporting events.