Fit out underway for Gippsland Performing Arts Centre as part of $18.5 million upgrade

Improving Gippsland Performing Arts Centre that is designed for better experience that can also serve as asset to the region.

The focus has shifted to inside the building as work continues on the Gippsland Performing Arts Centre. Federal Member for Gippsland Darren Chester said with the structure now complete, works to fit out the shell were underway. 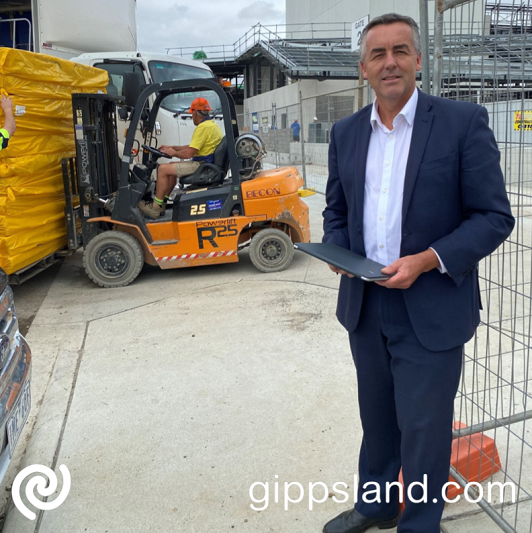 Mr Chester said, "The auditorium has been designed with acoustically designed contours which are being framed to ensure best sound possible for all patrons, the balcony is being prepared to have specialist theatre seating installed and the rigging system, above the stage, which will control the sets and lighting onstage is almost complete."

Asset for the region

Mr Chester said, "Works to the dressing rooms and back of house are well underway too with painting and the laying of the floor to take place over the next few weeks."

Mr Chester said once completed the facility would be a great asset for the region. "Not only will this be a fantastic facility for locals to utilise, but also a drawcard for larger professional groups to visit and perform locally,"

More improvements for the community

Mr Chester also said, "Major projects like this one which improve community infrastructure, support local jobs and the economy not only during the construction stage, but into the future as well."