Construction on two of Bass Coast Shire Council's major projects has now officially begun, after sod-turning events were held for the Cowes Cultural and Community Centre and Wonthaggi Guide Park developments on Thursday. 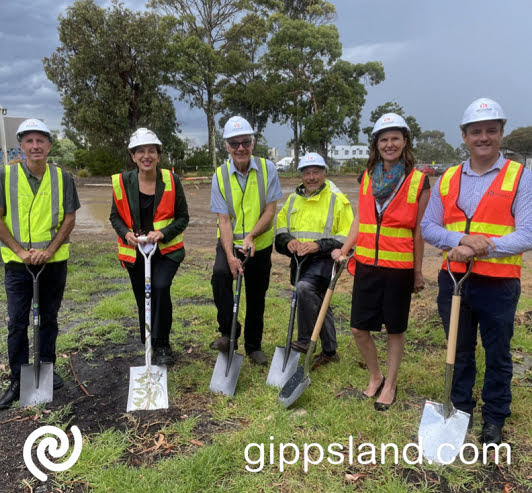 The redevelopment of the Cowes Cultural and Community Centre involves replacing the existing Centre, to bring together the cultural and social aspirations of the community and draw visitors in to showcase the history and culture of the region

Bass Coast Shire Mayor, Cr Michael Whelan and Planned Construction Group directors Josh and Dean were excited to take on the project, having grown up in Wonthaggi with fond childhood memories of Guide Park.

"This is a really exciting project for not only Wonthaggi, but the whole of Bass Coast. Guide Park will become an inclusive, regional scale playspace catering for all ages and abilities."

Some of the highlights of the redevelopment include:

The Project will see the removal of the existing playground, with the new playspace located under the established trees for shade. Other amenities include an accessible public barbecue, new pathways, roadways and parking.

"This wonderful community project would not have been possible without the support from the Victorian Government, with grants of $700,000 through the Local Sports Infrastructure Fund and $350,000 from the Growing Suburbs Fund," Cr Whelan said.

Cr Whelan said Thursday's sod-turn was a momentous step for the Cowes Cultural and Community Centre. "This exciting project was first identified as a major project over seven years ago and once complete, will become a wonderful asset for the Bass Coast community, located in the heart of Cowes."

"During the 14-month construction program, the building will generate 69 jobs and once built, 30 ongoing jobs and it will provide $51.8 million in economic benefit over the life of the project."

"In line with Council's Climate Change Action Plan, this Centre will be built, designed and certified to Passivhaus Standards, making it the most environmentally significant building in the region," Cr Whelan concluded." Cr Whelan said. 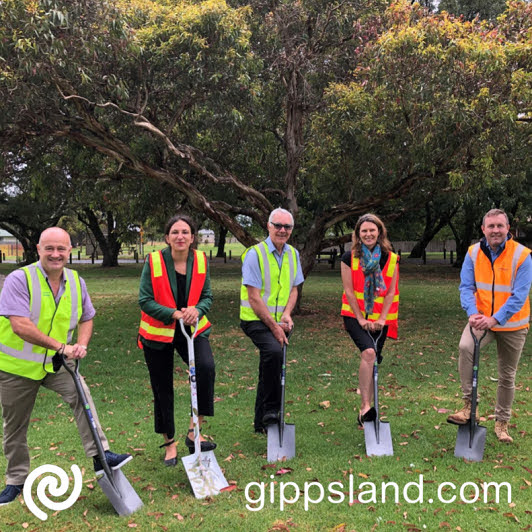 The construction of $1.77 million Guide Park Redevelopment Project set to begin in early 2022 and be opened later in that year. The tender for the Project was endorsed by Council at the December Meeting

This $27.2 million project has received funding support from the state government, including $2.5 million from the Growing Suburbs Fund, $800,000 from the Living Libraries Infrastructure Program and a $10 million loan from the Community Infrastructure Loans Scheme, as well as $5 million in funding from the federal government's Building Better Regions Program.

For more information on these projects, visit Cowes Cowes Cultural and Community Centre or Guide Park Playspace Wonthaggi, or contact Council on 1300 BCOAST (226 278) or (03) 5671 2211 or email basscoast@basscoast.vic.gov.au.