Member for Morwell Russell Northe questioned the state government as to why they have failed to develop a transition plan in response to the closure and future closure of power stations in the Latrobe Valley.

Member for Morwell Russell Northe has this week in Parliament raised questions to the Energy Minister following the announcement today that AGL intends to hasten the closure of its Loy Yang 'A' power station. 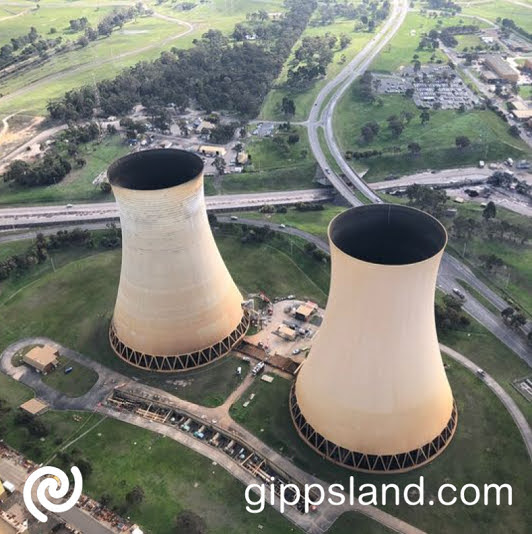 The proposed industrial action of Loy Yang A closure would compromise the safe operations of the plant and would ultimately put Victoria's power generation at risk, the government needs to show people what kind of support they would give to the impacted families and workers are currently depending on the operating power plant

Mr Russell said, "AGL has stated that it seeks to bring forward the closure of Loy Yang 'A' from 2048 to a significantly earlier time-frame of between 2040 and 2045 and subsequently it's imperative the state government outline what support it intends to provide to workers, businesses, suppliers and contractors from all Latrobe Valley based power stations."

The abrupt closure of Hazelwood in 2017 and the pending early closure of Yallourn scheduled for 2028 just exacerbates such a challenging time for our community, Mr Northe fears there will be further negative economic impact to the region that will follow given the shutting down of power stations in the Latrobe Valley in addition to the ban on native timber harvesting that will come into effect from 2030.

No plan for economy replacements

Mr Northe also said, "At this point and nearly five years after the closure of Hazelwood Power Station the state government can't point to any significant replacement industries or jobs in the Latrobe Valley, and their great hope of an electric vehicle manufacturing facility that was supposed to create 500 local jobs have been crushed" Mr Northe said.

"There is no plan for jobs or a replacement economy and the state government has failed to work with local industry, business and community members in developing a transition plan for the Latrobe Valley. Nor has it outlined what future employment opportunities will exist for individuals and families impacted by local power station closures" Mr Northe added.

Works need to be completed to sustain strong economy

Mr Northe said, "It is absolutely critical and essential for the future of so many in our region that a transition plan is developed so as a community we can see what employment and job opportunities will exist in the future and understand what our key sectors and industries will be."

"But at the moment we have nothing and this is incredibly disappointing. This crucial piece of work needs to be completed with urgency, so people and businesses can have confidence that our community can undertake a successful transition and sustain a strong economy moving forward" Mr Northe concluded.