Federal Government's Building Better Regions Program, for the construction of the Cowes Cultural and Community Centre.

Bass Coast Shire Council is thrilled to announce that it will receive $5 million from the Federal Government's Building Better Regions Program, for the construction of the Cowes Cultural and Community Centre. Bass Coast Shire Mayor, Cr Brett Tessari said that this was an exciting announcement for an incredibly important community project. 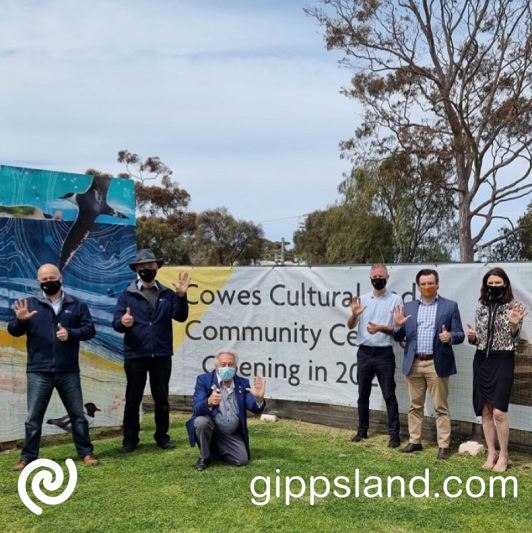 Support to develop the facility

Cr Tessari said said, "We would like to thank the Federal Government and Ministers, including Minister for Infrastructure, Transport and Regional Development the Hon Barnaby Joyce MP and Member for Monash, Russell Broadbent MP,"

"We have received fantastic support from the Federal and State Governments for this project, and thanks to this support, we will be able to develop an incredible facility that will bring together the cultural and social aspirations of the local community, encourage visitation and showcase the history and culture of the region."

"After more than a decade of community planning, the Centre is now designed and ready to be built. I look forward to Council considering a report to award the tender for the construction of the Centre at our October Council Meeting," Cr Tessari concluded.

Creating jobs for the community

The new Centre, designed by Jackson Clements Burrows, includes a library, theatre, gallery, cafe and community hall, as well as meeting and gathering spaces. "Importantly, during construction, the Centre will generate 69 jobs and once built, 30 ongoing jobs and $51.8 million in economic benefit over the life of the project," Cr Tessari said.

"This impressive facility will rejuvenate the activity centre of Cowes and will become an iconic feature of Phillip Island for generations to come," Cr Tessari concluded.

"Phillip Island is already a mecca for tourists - not only from overseas, but from Melbourne and right across Australia. It's a number one tourist destination. The new Cowes Cultural and Community Centre will enhance the liveability for locals and present new opportunities for visitors." Mr Broadbent concluded.