The deal will see Hawthorn and Bass Coast Shire Council work collaboratively towards driving greater football participation in the women's space as well as promoting the south-east Victorian region. Hawthorn and Box Hill Hawks will also endeavour to host a VFL/VFLW double-header fixture in the region over the course of the respective sides' 2022 campaigns. 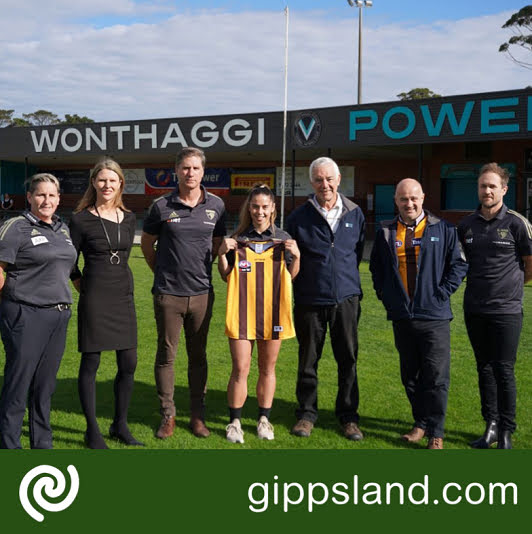 As the Hawks set their sights on the club's entry into the AFLW competition later this year, the Bass Coast Shire Council is eager to align with the club through this exciting developmental phase. Hawthorn CEO Justin Reeves says the partnership forms another significant step in the club's pursuit to grow its women's football program as well as the broader women's football community.

"We hope this partnership can evolve over the coming years to a point where the region sees greater opportunity and exposure at the professional sport level." CEO Justin Reeves said.

Box Hill President Ed Sill said it was important that the club continued to play its role in supporting the growth of the game. "This partnership further cements our club's commitment to supporting pathway programs throughout the region," Sill said.

Bass Coast Shire Chief Executive Ali Wastie welcomed the partnership with Hawthorn Football Club and, in particular, the club's incoming AFLW team. "Bass Coast residents are proud sport lovers. This landmark partnership with the Hawthorn Football Club is a bold and significant step forward for the region as we cement and grow our relationship with the sport closest to Victorians' hearts." Ms Wastie said.

Ms Wastie said, "As Victoria's fastest rising regional population per capita, this is not only an important recognition for Bass Coast but reflects our deep commitment to gender equality, inclusion and diversity."

"We look forward to discussing funding opportunities with both the state and federal government to help deliver improvements to the Wonthaggi Recreation Reserve. We are one of Victoria's fastest growing regional communities and we want to provide a great experience to all players and fans." Ms Wastie said.