The conferees from 17 countries, including Thailand, Philippines, India and Vietnam, became Australian citizens as part of the ceremonies held at Nambur Wariga at council's Headquarters in Morwell. This makes a total of 163 new citizens welcomed in Latrobe City in the past twelve months. They have originated from across the world predominantly from the Philippines, India, United Kingdom and New Zealand. 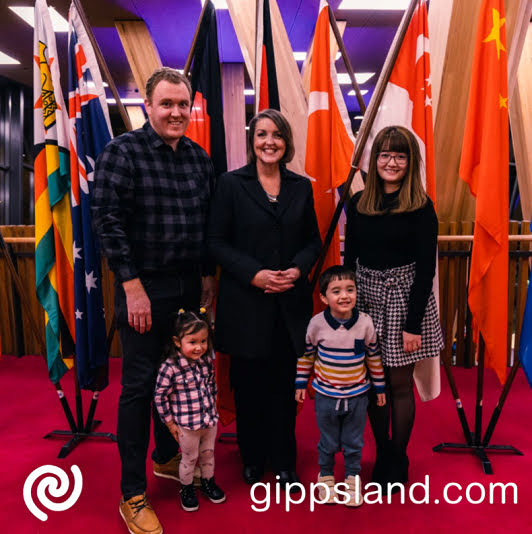 Australian Citizenship Day celebrations are such a wonderful celebration of community & diversity, Latrobe City congratulations to the newest citizens

Latrobe City Council Mayor Cr Kellie O'Callaghan said the ceremonies were some of the hundreds of ceremonies taking place across Australia that will see thousands of people officially become new citizens on or around Australian Citizenship Day.

"Australian Citizenship Day is an opportunity for all Australians, whether by birth or by choice, to reflect on and celebrate what's great about being Australian. I encourage everyone in Latrobe City to reflect on and affirm their Australian citizenship as we warmly welcome our newest citizens around this special time," said Cr O'Callaghan.