Bass Coast Shire Council is thrilled to announce that the State Government's Growing Suburbs Fund will contribute $3 million to the development of a 14 kilometre path between Inverloch and Wonthaggi.

The exciting project will also link into the Bass Coast Rail Trail at Wonthaggi, which will create a 57 kilometre trail from Inverloch through to Cowes. Bass Coast Mayor, Cr Michael Whelan said that this project has been one of council's top advocacy priorities and the $3 million funding announcement was excellent news. "This project will have fantastic economic, social and recreational outcomes for residents and visitors to Bass Coast," Cr Whelan said. 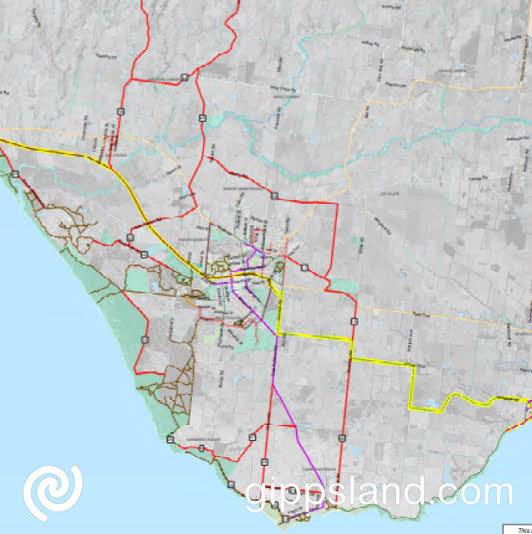 The Victorian Government's Growing Suburbs Fund will contribute $3 million to the development of a 14 kilometre path between Inverloch and Wonthaggi, as one of the top advocacy priorities providing safety and convenience for the community

Cr Whelan also said, "Council committed to funding top strategic recreational pathway links that were identified as priorities in our Aspirational Pathways Plan. We are currently developing a Tracks and Trails Masterplan that will inform all future tracks, trails and pathways to be delivered with funding adopted in our Long Term Financial Plan."

Council has allocated $4.7 million to complete the Wonthaggi to Inverloch trail, which will be constructed between 2023 and 2025, following unused road reserves throughout farmland, taking in spectacular coastal and rural views.

Cr Whelan said there are many benefits to creating an enhanced tracks and trails network. "We all know that exercise in the great outdoors is not only essential for our physical wellbeing, but also for our mental wellbeing."

"This new pathway will provide a safe, off-road link between the communities of Wonthaggi and Inverloch and create a wonderful visitor experience, as well as give local residents another opportunity to experience Bass Coast." Cr Whelan said.