Hopeful for the stage two funding to be announced as works in Omeo Bike park starts on Friday.

Gippsland East Nationals MP, Tim Bull said the turning of the first sod for Stage One of the Omeo Mountain Bike Park works on Friday would be the perfect opportunity for the state government to announce the funds for stage two. 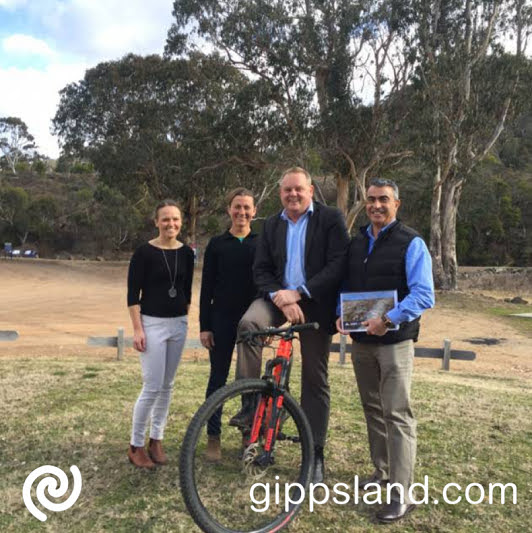 Mr Bull said, "After the Nationals committed to this funding prior to the last election and then Labor followed suit a few weeks later to match the commitment, the job needs to be finished and this is a great time to announce what the future plans are."

"Given the project is about to commence and only half of it has been funded, I think there would actually be a level of disappointment to have everyone turn up at Omeo on Friday and not have funding for the future works announced." Mr Bull continued.

Mr Bull added, "I have no inkling of whether this is planned or not, but I would hope the opportunity is not missed. In committing to this project in 2018, we saw the benefits that this project could and would bring to the local economy of Omeo and it was pleasing that through public pressure, Labor also eventually committed."

"There is more to be done and I would certainly hope the community, which has been severely impacted by fires since the original announcement was made, gets some good news on Friday in relation to finishing the project." Mr Bull concluded.