Installation of energy storage battery at Lucknow Recreation Reserve clubrooms that will help save money on electricity cost and reduce carbon dioxide emissions.

In a win for Lucknow's community sporting groups, three Tesla Powerwall energy storage batteries have been connected to the solar power system in the newly redeveloped Lucknow Recreation Reserve clubrooms. 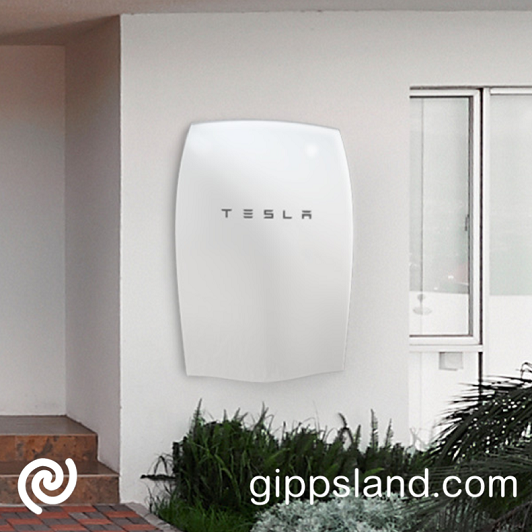 Tesla Powerwall is a battery system that stores your solar energy for backup protection, its system detects outages and automatically recharges with sunlight to keep your appliances running for days

The three 14kW Tesla 2.0 Powerwall batteries, connected to a 20kW solar PV system, are expected to save community groups and sporting teams based at the reserve between $3,000 to $4,000 in electricity costs each year. This means funds raised by volunteers previously spent on power bills, can now be spent on club activities.
The reserve is home to netball, table tennis, squash, dog obedience classes, football and cricket teams, with a gymnastics centre on the way. The system, installed by East Gippsland Solar, will also cut 28 tonnes of carbon dioxide-equivalent emissions each year.

Mayor Cr Mendy Urie welcomed the installation of the money-saving batteries. "It's a pleasure to be able to help our hard-working volunteers, reduce power bills for our sporting clubs, and cut carbon pollution at the same time, the solar panels charge the batteries during the day, so electricity can be used when the sun goes down and if the clubrooms are hit by a power outage," Cr Urie said.

Working with the volunteers from the Lucknow Recreation Reserve Committee of Management and East Gippsland Shire Council staff, this partnership project has helped the community organisation be part of the transition to renewables. The GCPH is one of seven Community Power Hubs across Victoria.