Bass Coast Shire Council is celebrating another milestone for Inverloch's Surf Parade Shared Path, following the completion of the section between Veronica Street and Ozone Street.

Bass Coast Mayor, Cr Michael Whelan said it is fantastic to see this important community asset reach a step closer to the Surf Life Saving Club. This section adds another 580 metres to Inverloch's existing foreshore pathway network and provides 75 formal car spaces. "We know this long-awaited project is really significant to the Inverloch community as well as those who regularly visit the town." 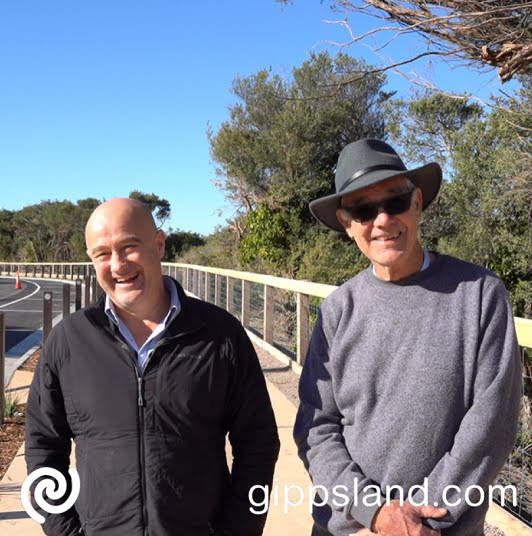 Cr Whelan said, "This stage of the Surf Parade shared path complements the existing infrastructure along the beautiful Inverloch foreshore, while being sensitive to the impacts erosion is having on the coastline."

"The community can now enjoy around five kilometres of pathway along the Inverloch foreshore and the addition of formalised car parking in this section will improve safety for both pedestrians and road users," Cr Whelan concluded.

The designs for the final stage of the path from Ozone Street through to the Inverloch Surf Life Saving Club are being reviewed and will consider requirements of the Department of Environment, Land, Water and Planning and the Cape to Cape Resilience Project recommendations.