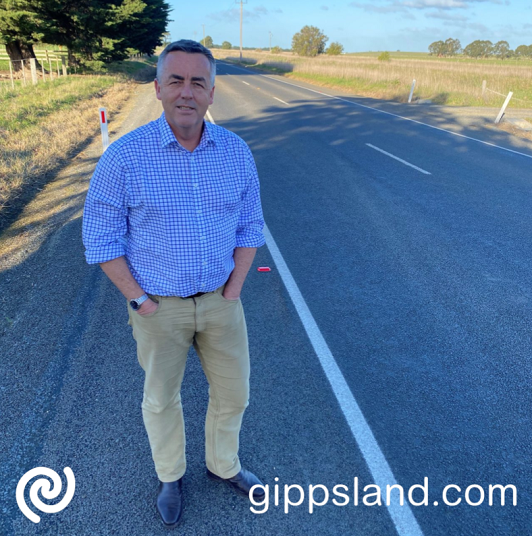 Federal Member for Gippsland Darren Chester said $3.024 million would be spent on stage two of works to Traralgon-Maffra Road

Mr Chester said, "This funding is on top of $6.3 million already committed to improving the road and safety for drivers. The additional funding will be used for the installation of targeted safety barriers and shoulder sealing between Cowwarr and Heyfield."

"This is a major arterial road carrying large volumes of cars and heavy vehicles every day. These improvements will improve safety and reduce the risk of fatalities and serious injuries."

Mr Chester said the upgrades would also support local jobs during the construction phase. "The State Government owns this road but like many transport corridors across Gippsland it hasn't received the funding it needs," Mr Chester said.

Mr Chester said, "This major boost by the Federal Government will be welcomed by local road users. Importantly, there are strict conditions on timelines and the state has to use the money quickly or it will be redirected to other projects.

Mr Chester also said, "While the work will cause some delays and disruptions to road users, the improved safety will be worth the wait." The Federal Government has also committed funding to the $3 million redevelopment of the T-intersection at Traralgon-Maffra Road and Glengarry West Road.