Baw Baw Shire Council Director of Planning and Development James Reid has confirmed he will move on after approximately nine months in the role. Mr Reid departs to pursue a once-in-a-lifetime role with the Greater Metropolitan Cemeteries Trust, where he will have the opportunity to oversee the planning of a significant legacy infrastructure project. 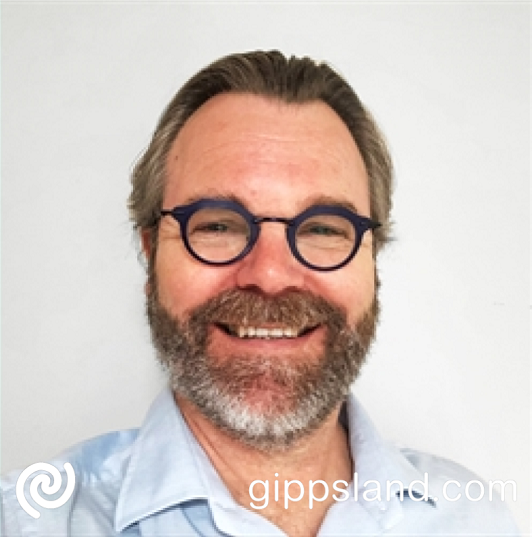 Mr Reid was appointed a Baw Baw Shire Council Director in November 2020 and has since led teams in strategic and statutory planning, social and community planning, priority development, building and regulatory services, emergency management, public health and community safety. Despite his relatively short time at Baw Baw Shire Council, Mr Reid is recognised both internally and externally for the positive impact he's made.

Mr Reid has focussed on building the capacity of his teams and improving relationships with internal and external stakeholders. He has overseen the completion of several major strategic projects, including the Warragul and Drouin Precinct Structure Plans Review, the Planning in the Economic Growth Zone Amendment and the Local Law Review. He also played an important role in the relief and recovery efforts following the major storm and flood events in June that affected Walhalla, Tanjil Bren and Noojee.

Mr Reid will join the Greater Metropolitan Cemeteries Trust as Chief Future Built Environment Officer where, among other responsibilities, he will oversee the planning of a new 130+ hectare memorial park - a potentially career-defining project for a planning professional. Mr Reid's final day at Baw Baw Shire Council will be Friday 24 September 2020.

Director Planning and Development James Reid said, "It was an extremely challenging decision to move on. In the end, the opportunity to work on a legacy infrastructure project - a 'dream job' for an urban planner - was too good to pass up."

"I have loved my time at Baw Baw Shire. I have spent half of my career working in local government and can honestly say that Baw Baw is top of the list when it comes to job satisfaction, dynamism and team spirit."

"The demands of working in such a fast-growing municipality are well and truly offset by the calibre of the Baw Baw team, their commitment to the community, and their ingenuity and 'can do' attitude. I would like to thank everyone at Baw Baw for their camaraderie, support and hard work."

CEO Mark Dupe siad, "Although it is with a heavy heart that we accept James' resignation, it is with fond feeling and best wishes that we offer our farewells as he pursues this unique opportunity."

"James has contributed a great deal to our organisation in a short time. He's made a tremendous positive impact both with the teams he oversees but also working with the Council group, the community, developers and other external stakeholders. I think I speak for our whole organisation in saying that he will be missed and that we wish him all the best in his future endeavours."

Planning and development in place

Mayor Cr Danny Goss said, "James has been a fantastic addition to the Executive Leadership Team and has brought great vision, experience and pragmatism to the planning team in his short time with Council.

"Speaking on behalf of the Council, James has been brilliant to work with. Knowledgeable and insightful, his transparent and clear-minded direction in planning has been appreciated. Although we are disappointed to see him leave, we understand that such an opportunity is rare and wish him every success as he takes on this new challenge."

"We have a great Planning and Development team in place. They've been making great strides as we've seen with the likes of the PSP Review and other significant projects, and I know they'll continue to go from strength to strength."