The $459,600 project includes two upgraded netball courts, fencing, lighting and improved provisions for players, officials and spectators. Wellington Shire Council Mayor Ian Bye said the redevelopment was important for the Maffra Football Netball Club to maintain its strong player base and to encourage more women to play netball into the future. 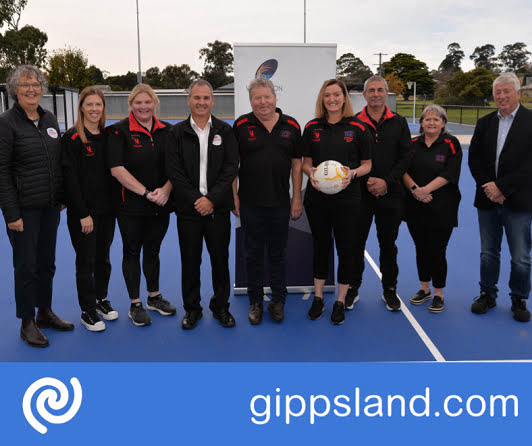 Cr Bye said, "The physical improvements to the netball facilities are obvious, we have fantastic new court surfaces here that alleviate slipping, fencing which means the netballers no longer have to run off and trudge through the winter mud to retrieve the ball and also comfortable facilities for officials," he said.

"The wider benefit of this upgrade is about encouraging female participation in sport and providing great, safe facilities to enable more women to participate for longer. The flow-on effect of more sport participation is of course improved personal wellbeing, better health, social interaction and better quality of life."

The redevelopment was funded with $250,000 from Sport and Recreation Victoria through its Local Sports and Infrastructure Fund, $174,600 from Wellington Shire Council and $35,000 from the Maffra Football and Netball Club.