Parents of students at the school have requested signage upgrades to make the speed limits more apparent to motorists passing through the area. "This is an issue that has been raised before by the school community," said Mr Bull. 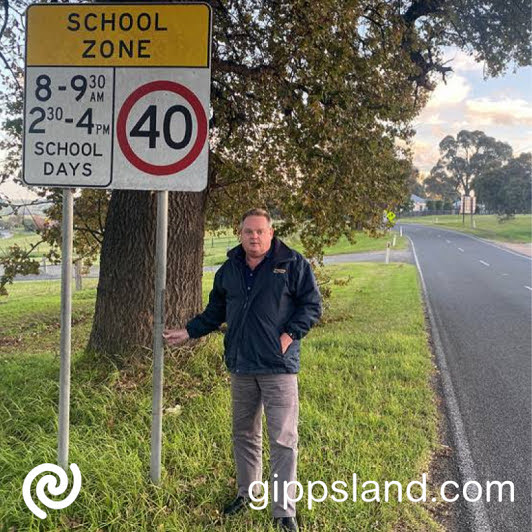 Gippsland East Nationals MP, Tim Bull, outside the Bruthen Primary School, where he is seeking more prominent speed limit signage on behalf of the school community

Mr Bull also added, "The issue is it seems the current signage is just not being seen by motorists and there is an opportunity to have it upgraded, so motorists can't miss it. You will see around other areas where school zone speed limits exist, the vast majority of motorists are keen to do the right thing, but the feedback is that in this particular location, the signage is not prominent enough to be seen."

Mr Bull said, "On behalf of the school community, I have asked the Minister to have a look at this area specifically and would hope we will not only see it reviewed, but some positive action being taken. There is no more important issue than road safety and when we have students getting in and out of cars and drop off and pick up time, that is when we need to be most vigilant."