Brigade volunteers have stated that a co-location will not support or improve volunteer sustainability or emergency services delivery in the community.

Member for Morwell Russell Northe has used Question Time in Parliament today to call upon the State Government to support Morwell Fire Brigade volunteers in their endeavours to remain at the existing fire station precinct in McDonald Street, Morwell. 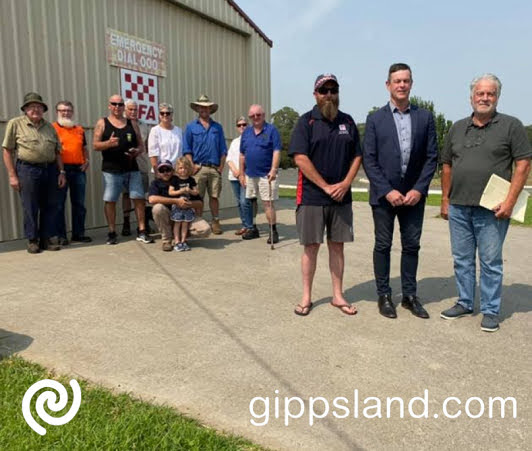 The Morwell CFA volunteers are not moving, ,they have had no communications from the minister, or any upper house Labor MPs

The new Morwell Fire Station, which is currently under construction on Princes Way, Morwell is near completion and whilst the new station will house Fire Rescue Victoria (FRV) firefighters; Morwell CFA volunteers have made it clear they wish to remain at the McDonald Street fire station.

"These dedicated Morwell CFA volunteers have made this determination on the basis it will be in the best interests in the retention and growth of volunteer numbers and the provision of fire services to the Morwell community by remaining at the current fire station," said Mr Northe.

Mr Northe questioned the Minister for Police and former Emergency Services Minister Lisa Neville as to whether the Government was prepared to support the decision of Morwell CFA volunteers.

"Unfortunately, by way of the Minister's response, it appears the Government continues to ignore pleas from Morwell CFA volunteers who for more than two years have stated their position and who have relayed the associated benefits that would be derived by staying at their current site" Mr Northe said.

Support and respect for decision

Mr Northe continued, "I just cannot understand why Morwell Fire Brigade volunteers are been denied their choice to remain in their current location and I am calling upon the Minister responsible and the government to step in and resolve this issue"

"Whilst a new Morwell Fire Station is most welcomed and a positive outcome for FRV firefighters, volunteers have determined their future is at the current McDonald Street site and the Minister and the Government should support and respect this decision" Mr Northe concluded.