Elected as Wellington Shire Council Mayor and Cr Marcus McKenzie of Port Albert was elected Deputy Mayor, both councillors were elected to the positions unopposed. 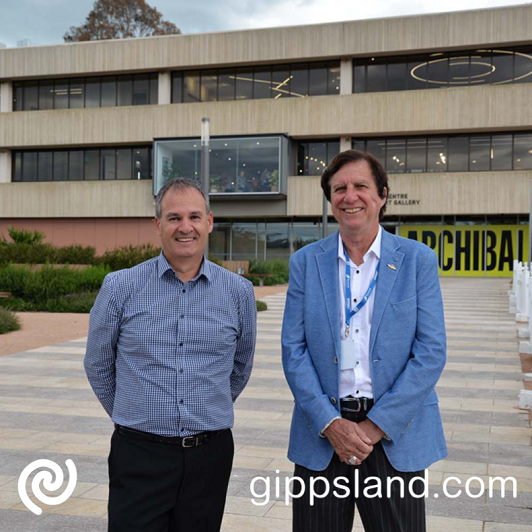 Cr Bye was an accountant for more than 30 years and is passionate about working with local businesses to ensure the future growth of the Wellington economy. Cr Bye is a long-term Sale resident, having been born and raised there, as well as raising his two daughters in Sale alongside his wife Rachael. A fishing and sports enthusiast, he is also an avid volunteer,assisting local community groups and organisations.

"Cr Stephens showed great leadership during Covid lockdowns and restrictions, ensuring councillors were still able to work cooperatively and respectfully, even though we were rarely able to come together in person," Cr Bye said.

Cr Bye said, "He always focused on what could be done, rather than on what couldn't be done, in these times of restrictions, as well as sending a positive message to the community to be kind to one another as we opened back up. Among that, we have also had to contend with two severe weather events - the storm and floods in June and last week's wind storm."

"Through these two emergencies, Cr Stephens played an important role in making sure the community was heard and kept updated. I look forward to continuing the co-operative approach Cr Stephens had with Council."

Deputy Mayor Cr McKenzie held senior management positions in the food processing industry for more than 30 years, before moving on to a consultancy business assisting Australian corporations setting up operations in the Philippines.

He and wife Cherrie now operate a guest house and gift shop in Port Albert, where he has been a passionate advocate through his work with community organisations such as Rotary and the local Neighbourhood House. Cr McKenzie is a mentor to small business through the not-for-profit organisation the Small Business Mentoring Service.