Firstly, a shout-out to all the aged-care workers, staff, management, cleaners, nurses and other lines of aged-care providers - those people that right now, as we speak, are actually delivering services to our older Australians. I've spoken about ageing in place quite a bit. Ageing in place means that you can stay in your own community. 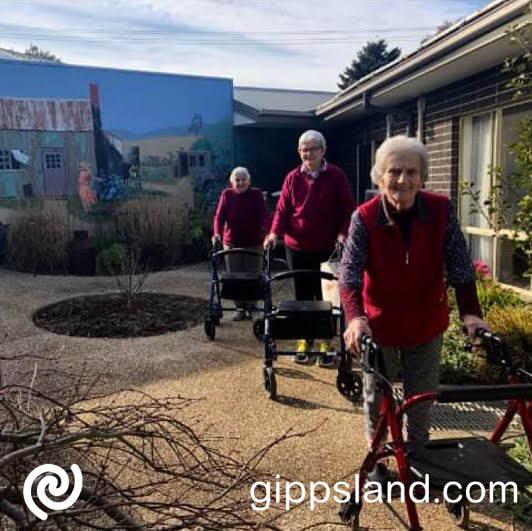 It's important to every member of this parliament. Some of our facilities are tiny. Some are very large. But, from Moe to Trafalgar, to Drouin, to Warragul, to Leongatha and Korumburra, and from Phillip Island to Wonthaggi, to Foster and Neerim South - I just know that all of those facilities, right across my electorate, are providing the best service they possibly can and the best they can afford in the circumstances they're faced with tonight.

So it's a big shout-out to all of those people, because they've been so disappointed in some of the things that have come out of the royal commission, particularly where they took it on board themselves. Everybody actually thought that they were the ones that were out of order, delivering the wrong service, and that wasn't the truth at all.

The full-time RNs are one issue. I don't even know yet who is going to be exempt from such a ruling. Is it going to be a 12-bed facility? I haven't got those in my electorate, but there are many electorates across Australia that have aged-care places with only 12 beds.

Is it going to be because you're regional or remote, or have an inability to get particular staff at any given time - is that going to be a reason to get an exemption? And will my not-for-profit nursing homes feel that they're under threat if they can't get the nurses? What's going to happen?

When there is doubt and when there is uncertainty, you put uncertainty into the marketplace, especially for management groups that are volunteers. It would be the same in other members' electorates. You've got all these volunteers on boards. They're doing a wonderful job - a really hard job - making these facilities work in difficult times.

The very large private organisations that have all their management and facilities in one spot, perhaps in one state, are totally different to what's happening at Lyrebird Village. Lyrebird Village in Drouin, though, have just amalgamated with a not-for-profit Tasmanian company, which is great.

Because of the imposts that we as governments have put on these voluntary organisations, they looked into the future and said, 'I don't think our future looks very bright.' And they were very serious. They took it very seriously about projecting into the future and where they're going to be. So all their overheads have now been taken over by another organisation, which now frees them to just deliver the service and make sure that, in longevity, that facility is going to be there.

They've also said that, if the new organisation decides to change and doesn't want to activate the Lyrebird Village anymore, if they sold the facility off, all the money would have to go back to the local community. That's not a bad deal.

I just want to take umbrage at the proposition that there was a decade of negligence. That's just not true, because I was very close to every decision the government made all the way through. A lot of the decisions that are coming through the new government today, the new Labor government, are things that have been worked on by a very special public service for a long time to bring them to this point, and now they're coming to fruition.

I hope that the new arrangements will give some respite in some very difficult situations that we are facing, but I am afraid we are facing a very difficult time in aged care, as we have for a long time. It's changing all the time. The home-care facilities in my electorate are falling to bits, so we've got some difficult times ahead. I'm happy to work with the government of the day to make things better for all of our constituents.