After a number of frustrating cancellations due to Covid-19 restrictions, an official opening was finally held today for the Cameron Sporting Complex redevelopment.

The $9.5 million redevelopment was the largest of its kind in Maffra's history, bringing the facility up to modern standards to allow increased participation in sport and recreation activities for the community. 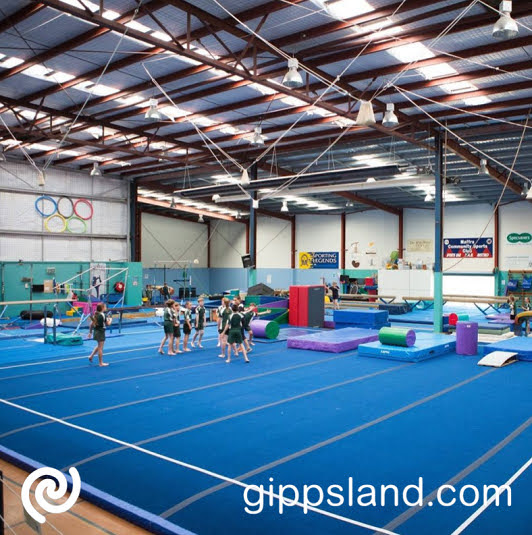 Achievement for all involved

The project included the building of two extra indoor sports courts compliant for basketball, netball and volleyball; the refurbishment of the indoor show court, toilets, change rooms and amenities; and an expansion of the gymnastics facilities including a high roof extension to 12 metres to allow for competitive trampolining.

Wellington Shire Council Mayor Ian Bye said the project was an incredible achievement for all involved, with many years in the planning stages and close consultation with user groups right through the build.

"While the funding of this project is obviously the integral part, once that had been secured it was always Council's endeavour to build the very best facility possible for the community's needs within the budget constraints. I'm sure we can all agree today that the final product is magnificent," he said.

Meeting the needs of sporting participation

Mayor Ian Bye said, "The new Cameron Sporting Complex meets the needs of sporting participation in Maffra and the surrounding communities today and it will into the future. Increased participation in sport and recreation is a win for the health and wellbeing of all in our community."

The Mayor made particular reference to the efforts of the Maffra Basketball Association and the Maffra Gymnastics Club who each raised $125,000 towards the project.

Positive outcome from the final product

Cr Bye said, "For grassroots clubs to take on the challenge and raise such a large amount of money is just incredible and it is a credit to the volunteers involved in these clubs. You have worked hard for this and you deserve every positive outcome from the final product,"