Call for a review with the government decision in importing timber instead of using Victoria's good quality timber.

Federal Member for Gippsland Darren Chester says that Gippslanders are owed an explanation after the State Labor Government backed imported timber over the local product for a signature building project. 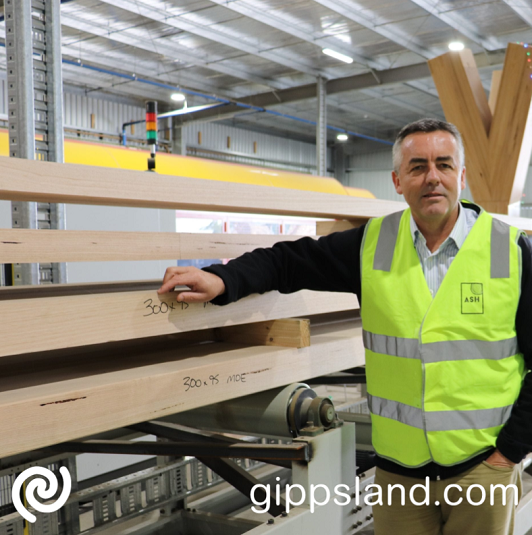 Overlooked by the government

Mr Chester said the decision by the Victorian Government to award the timber supply contract for the construction of Anzac Station to a European company over ASH in Heyfield was a disgrace. "Why are we importing timber when we have a world-class and environmentally sustainable product being grown right here in Gippsland?"

"We have a local company that has the ability to supply timber for the construction of Melbourne's new underground Anzac metro station yet ASH has been completely overlooked by the Victorian Government."

"The decision to import timber when it is already available here in Victoria and processed by locals who support local Victorian communities should be overturned by the Minister." Mr Chester said.

Review for the decision

Mr Chester called for the reasons for the government's decision to be made public. "ASH has previously been a supplier of hardwood beams utilised in the construction of other Victorian projects such as the Gippsland Performing Arts Centre in Traralgon," Mr Chester said.

"We have a world-class timber industry here in Victoria, and once again we see the Victorian Government failing to support it." Mr Chester has written to the State Minister for Transport and Infrastructure, Jacinta Allan requesting an urgent review of this decision.