The North East area of Wonthaggi has been identified as a key growth area of Bass Coast. The Wonthaggi North East Precinct Structure Plan (PSP) aims to rezone land to the North and East of Wonthaggi for future residential development of around 5,000 new homes as well as 60 hectares of commercial land over the next 30 to 50 years. 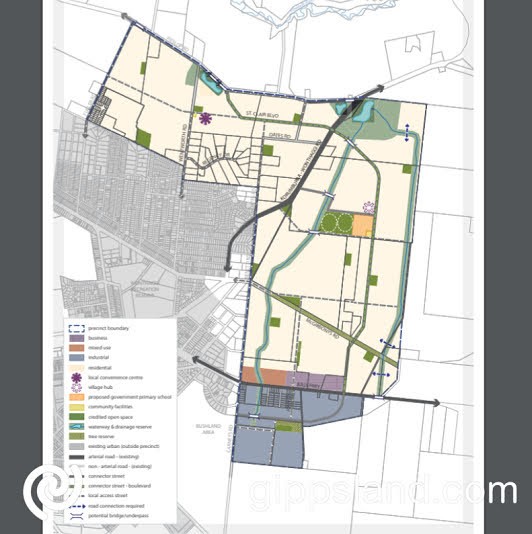 Bass Coast Shire Mayor, Cr Michael Whelan said the release of this report represents a significant milestone for the project. "The report has confirmed that the precinct is ready for development, reinforcing Wonthaggi's role as a regional centre."

"The support we have received from the VPA, who have identified the project as a state priority has been crucial in getting to this point. "VPA will now finalise the documentation and changes required to the Bass Coast Planning Scheme before it goes to the Planning Minister for final sign-off." Cr Whelan said.

The PSP will enable a significant expansion to Wonthaggi delivering community facilities, primary school, local parks, linear trails and a new sports reserve for its residents.

The PSP will also provide for employment opportunities by allowing for commercial and industrial businesses to establish in close proximity to the Bass Highway.

Full transition of land use

"It creates a strategic framework that will guide the Wonthaggi's growth from 8,000 to 20,000 residents, by constructing homes for 12,000 new residents, as well as new community amenities and an expanded business and industry precinct."

"The area will undergo a full transition of land use into a large-scale residential development with considerable population increase that will provide for a range of land size options to suit all housing needs." Cr Whelan said.