The Latrobe Valley will become home to the world's largest indoor barramundi aquaculture farm with a $30 million boost from the federal government.

Member for Gippsland Darren Chester says the consortium of private investors planning to build the $125 million farm alongside the Maryvale Mill anticipate producing 3,700 tonnes of premium barramundi per year. "This is a great example of the federal government backing the private sector to provide long-term and sustainable job opportunities in the Latrobe Valley." 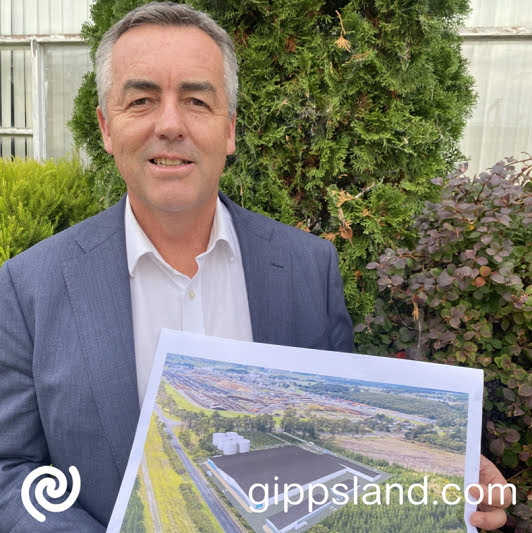 Member for Gippsland Darren Chester, with plans for the barramundi farm, said the $30 million grant was a great example of the federal government backing the private sector

Mr Chester said, "Coming on top of the $48.2 million grant for the Energy from Waste project, this announcement will further strengthen the security of local jobs at Maryvale. There's huge potential for new markets for aquaculture products as more pressure comes on wild fish stocks around the world and this innovative project will diversify our regional economy. As I understand it, there's potential for further stages to grow more fish in Latrobe Valley for local and international markets."

The project will be located alongside Maryvale Mill and take advantage of the heat created from the Mill's operations. The site will be run by Mainstream Aquaculture and utilise Opal's key services and infrastructure with potential to grow to over 10,000 tonnes of barramundi per year.