More ambulances and paramedics for the Latrobe Valley to ensure locals get the best care.

The Andrews Labor Government is delivering more ambulances and paramedics for the Latrobe Valley, ensuring locals get the best care. Member for Eastern Victoria Harriet Shing today welcomed the new Medium Acuity Transport Service (MATS) for Traralgon helping locals get the care they need when they need it. 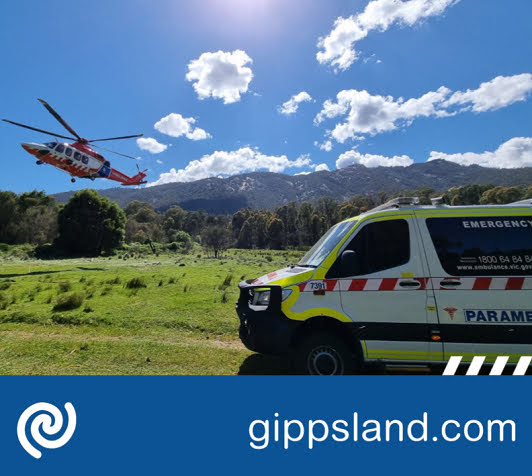 This new service is part of a $759 million investment by the Labor Government to deliver more paramedics, more triage care and support staff for Ambulance Victoria, as well as targeted funding to improve flow in our busy emergency departments.

The Traralgon MATS team is one of seven new regional teams starting over the coming days with the other ones based at Geelong, Belmont, Wonthaggi, Shepparton, Eaglehawk and Wendouree ambulance branches.

MATS teams provide care for less-urgent Code 2 and 3 patients, freeing up valuable resources to respond to the most urgent and time-critical emergency cases. MATS partners new paramedics with experienced paramedics, providing an opportunity for senior paramedics to impart valuable knowledge gained through years of experience to their new colleagues.

As part of this investment regional ambulance branches at Yarrawonga, Mansfield and Korumburra have also been upgraded to provide 24-hour coverage while Leongatha has received a new peak period unit for the busiest times of the day. This investment will also deliver expanded secondary triage services and new paramedics and additional support staff to help their hard working colleagues.

Member for Eastern Victoria Harriet Shing said, "The pandemic has had a lasting impact, and right across Australia we're seeing more ambulance callouts - this new service will ensure people in the Latrobe Valley continue to have access to the world‑class care they deserve. Our paramedics are some of the hardest working in the country and this investment reinforces that we will always back them - and the extraordinary work they do."