Local MP Darren Chester is calling on the State Government to fix pedestrian access alongside the Princes Highway in Lakes Entrance.

Mr Chester said the narrow path from Kalimna to Lakes Entrance had received patch up jobs but was now in terrible condition. "The pathway is dangerous and unacceptable for locals and visitors to use," Mr Chester said. 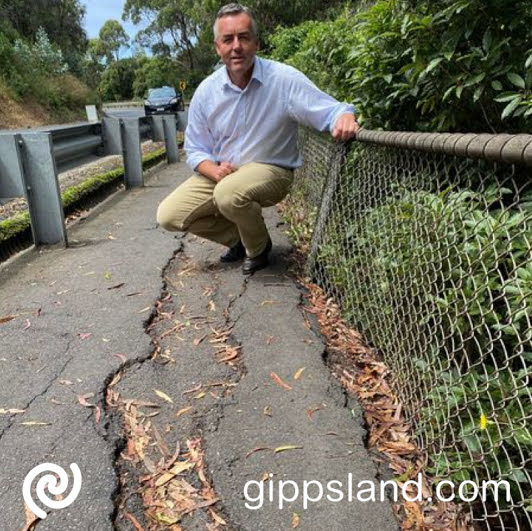 Mr Chester said, "I secured $2 million from the federal government to improve safety at the Hazel Road intersection and better pedestrian access almost two years ago and still no work has happened. The community has been advocating for improved access along the Princes Highway for 20 years and the State Government continues to ignore the issue."