The Morrison Government is investing $48.2 million in a state-of-the-art energy from waste facility in the Latrobe Valley, helping to power Opal's pulp and paper mill while driving down emissions.

The government has today announced funding for Masdar Tribe Australia's $500 million Maryvale Energy from Waste project under the Collaboration Stream of the Modern Manufacturing Initiative. Working with Opal and Suez, it will be the first time in Australia where combined heat and power, recovered from residual household waste, will be used to power a large-scale manufacturing process. 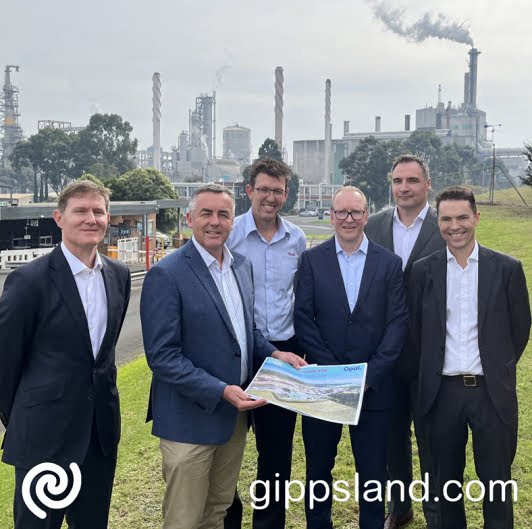 By diverting about 325,000 tonnes a year of non-recyclable waste from landfill and reusing it to generate electricity, this project will drive down emissions and help improve energy security - while at the same time decarbonising the Maryvale Mill, Australia's leading manufacturer of pulp and paper.

Minister for Industry, Energy and Emissions Reduction said the project is expected to create more than 400 local jobs during construction and operation, with a further 6000 across the recycling and clean energy sectors.

"This region has a long and proud history in manufacturing and this project is a game-changer for the Latrobe Valley. This project led by Masdar Tribe, in collaboration with Opel, Suez and many other partners, will utilise new ways of using energy and materials to deliver jobs and economic development for this region." The Minister said.

Minister Taylor said, "The Maryvale Energy from Waste project will reduce greenhouse gas emissions by more than 273,000 tonnes per year of CO2 equivalent. Not only will it mean less waste in landfill, and lower emissions - this project will also support the modernisation of the Maryvale Mill and the workers it supports and the further jobs it will create."

Member for Gippsland Darren Chester said the project would support local jobs and help boost the region's economy. "The Maryvale Mill is one of the Latrobe Valley's biggest employers and supports the modernisation of the facility and major investment secures jobs now and into the future."

"The Latrobe Valley will undergo a significant transition as we move towards more renewable forms of energy so investment in newer industries and lower emissions will help with energy security and the local economy." Mr Chester said.

Mr Chester also said, "The Energy from Waste project will also help to reduce the amount of rubbish going to landfills every year and help to offset the emissions from the Mill. Opal, Masdar Tribe and Suez are showing great innovation and commitment to our region and I look forward to seeing the project get underway and the boost it brings to the Latrobe Valley and Gippsland." Mr Chester said.

The 2022-23 Budget demonstrated the ongoing commitment to manufacturing with an additional $1 billion for the Morrison government's Modern Manufacturing Strategy. The Strategy has a strong focus on securing manufacturing in Australia's regions, where around 30 percent of manufacturing jobs are located.