Member for Morwell Russell Northe has this week in parliament called upon the Health Minister and the Government to commit to establishing a dedicated hospice facility in the Latrobe Valley.

Member for Morwell Russell Northe said, "I have had many conversations with local residents and families over a period of time seeking that the government establish a dedicated hospice facility for the Latrobe Valley and wider Gippsland community. This initiative was also identified by Latrobe Health Advocate (LHA) Jane Anderson in her September 2019 report on "Achieving Victoria's best end of life experience for people in Latrobe." Mr Northe said. 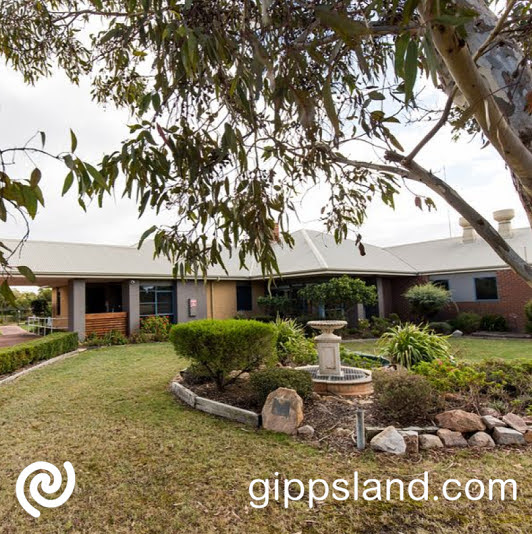 According to Mr Northe, The Hazelwood house site is an ideal and unique opportunity to deliver a much needed hospice care facility to the Latrobe

Within the 2019 Latrobe Health Advocate report Ms Anderson states that there was an overwhelming voice from the community for the establishment of a hospice in Latrobe, which was subsequently reflected in recommendations made by Ms Anderson to the Victorian Government.

Since that time there has been little or no activity from the State Government which was reflected in the Health Advocates "September 2021 Progress Report", where she said and I quote, "The Advocate is now calling on the Victorian Government to act within the 2021-22 financial year to formally consider the establishment of a hospice, dedicated palliative care unit or other suitable options for communities in Latrobe, as described in her original recommendation".

In addition to the Health Advocates calls for a hospice, Mr Northe said the Latrobe Valley community had also rallied around the issue, with a petition being tabled in parliament and signed by hundreds of local residents supporting the call for a dedicated hospice facility to be built in Gippsland with the former Hazelwood House Aged Care facility in Churchill being a site that should be considered.

"The former Hazelwood House facility would be an ideal location for a hospice facility, with the former 38 bed facility now sitting vacant, it makes sense to explore this as a first option and utilise an opportunity that exists right here in the Latrobe Valley '' Mr Northe said.

Whilst Mr Northe appreciates the comments from the Minister noting that palliative care is an incredibly important part of the healthcare system and how it is being delivered is changing quite dramatically across the community, Mr Northe is seeking a firmer commitment that the Minister will honour his comments and seriously consider the proposal of repurposing the former Hazelwood House facility.

"Now is the time to act to fulfil a much-wanted palliative care option for the region, currently individuals and families have two choices at their end of life care, either in a hospital or home setting, and the LHA report clearly shows that the community want more choices and that includes a dedicated palliative care hospice which many other communities and regions have" Mr Northe added.

Support for the much needed facility

"I again urge the government to work with all aspects of the community including, Latrobe City Council, local stakeholders and community members to establish a dedicated hospice facility" Mr Northe said.