The sad state of country roads is driving outrage among regional motorists with new data painting a picture of Victoria's most neglected local government areas.

Damning data from Ratepayers Victoria for 2020-21 shows an incredibly low percentage of regional ratepayers are satisfied with the state of their local roads. Extreme levels of road repair requests expose the worsening neglect by the Labor Government. Communities in Golden Plains, Yarriambiack and Southern Grampians are among the least satisfied with their roads. 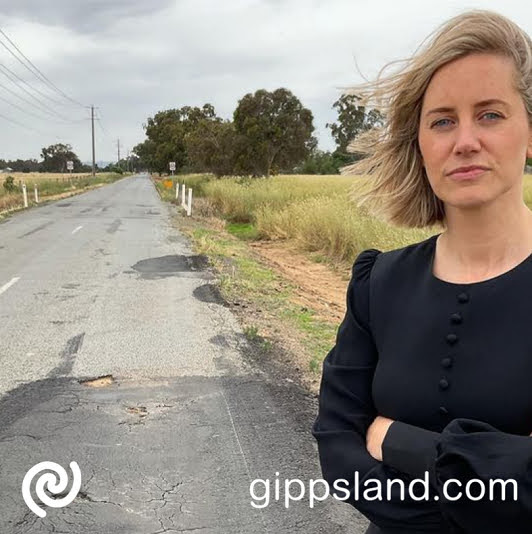 Despite having a small share of the state's roads network, metropolitan councils also recorded low levels of satisfaction

Shadow Minister for Roads Steph Ryan said Victorians were sick of dodging dangerous hazards on Victoria's poorly maintained network. "It's become incredibly clear that city-centric Labor's Roads Minister actually needs to get out on Victoria's roads and see firsthand the mess he is presiding over."

"Potholes and crumbling road shoulders are a daily danger for parents running the kids to school or heading into town for essential groceries. Yet the Labor government's band aid fix is to lower speed limits, rather than fix our most dangerous roads." Ms Ryan said.

No understanding with realities

Ms Ryan said."Country roads have suffered from neglect ever since Daniel Andrews decided to axe the Country Roads and Bridges Program back in 2014. Country Roads and Bridges was a crucial partnership with councils at the local level which ensured maintenance funds went exactly where they were needed most. Sadly, the Labor Government has no understanding of the realities of life outside Melbourne's tram tracks."

"The Road Minister's electorate is only 35 square kilometres, yet 35 per cent of his constituents are dissatisfied with the state of their local roads. The Labor government is on a road to nowhere which leaves Victoria struggling to recover and rebuild from the challenges of two years of pandemic." Ms Ryan said.