Mayor Cr Mark Reeves applauded the announcement and noted the great cooperation between shire, state and federal governments in funding the project. He also announced an additional $1.06m from council.

Work on the Omeo Mountain Bike Trails Project has shifted into top gear with East Gippsland Shire Council hailing a major funding announcement that guarantees the trails will get built and will transform the alpine town into an international mountain bike destination. 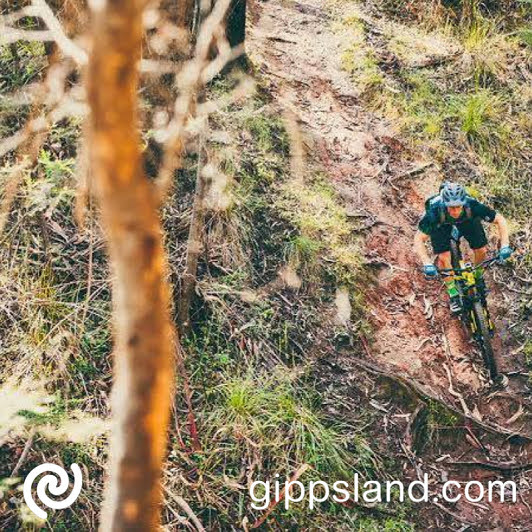 At a sod-turning event to mark the official start of the 56km Stage 1 of the project last Friday, Parliamentary Secretary for Regional Victoria Danielle Green also announced $3.2 million in funding to deliver the off-road cycling project's second and final stage.

"Together, that's a total funding package of $9.72m, which is a terrific outcome. Three levels of government have cooperated, coordinating our resources to have a really positive collective impact here in Omeo," Cr Reeves said.

Stage 2 works will create an additional 65km of bike trails, creating approximately 120km of connected tracks that will meet Mountain Bike Australia criteria for national events and include cross-country and downhill tracks for beginners through to experienced cyclists. "In the next couple of years, this area will be abuzz. People will come from across the world to ride here on one of the best mountain bike tracks to be built in Australia and to take in the region," Cr Reeves said.

The Omeo Mountain Bike Trails is expected to generate upwards of 10,000 visitors in its first year. All trails will connect to Omeo, bringing a much-needed economic boost to the township and boosting the town's reputation as a year-round tourism destination.