The nation leading policy, set out in the Victorian Offshore Wind Policy Directions Paper, includes procuring projects that will generate at least 2 gigawatts (GW) of offshore wind online by 2032 - enough to power 1.5 million homes - creating thousands of jobs in the process. The first power from offshore wind is expected as soon as 2028 following a competitive process - and targets of 4 GW have been set for 2035 and 9 GW for 2040. 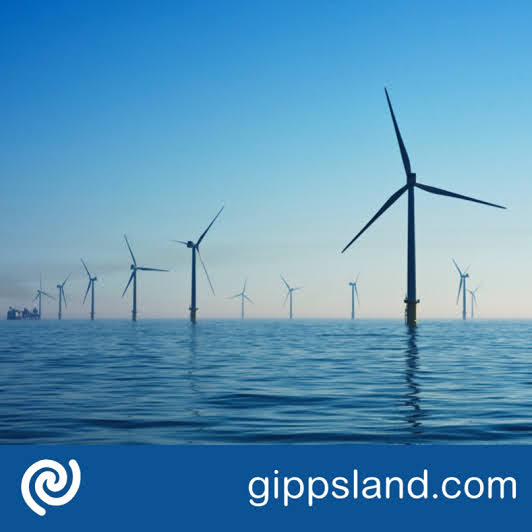 Developing Victoria's offshore wind resources complements our current renewable sources, onshore wind and solar, and will help ensure Victorians have reliable access to cleaner and plentiful energy into the future

Winds off Victoria's coastline are among the best in the world and the resource can support a thriving new industry - one that will create thousands of jobs, drive economic development and help Victoria halve emissions by 2030 and reach net-zero emissions by 2050.

Studies show the state has the potential to support an enormous 13 GW of capacity from coastal regions by 2050 - five times the state's current renewable energy generation.

At 13 GW, these offshore wind projects would generate up to 6,100 jobs in the development and construction phase and in ongoing operational jobs. In November last year, Victoria pledged approximately $40 million under the Energy Innovation Fund to fund feasibility studies and pre-construction development for three major offshore wind proposals: Star of the South, Macquarie Group and Flotation Energy.

Together, those three projects could generate 4.7 GW of new capacity, power around 3.6 million homes and bring more than $18 billion in new investment to Victoria. The government will now undertake an extensive consultation process to ensure that traditional owners, local communities and the industry collaborate on the design of the offshore wind program.

Premier Daniel Andrews said, "Today, Victoria has the lowest power prices in five years and the greatest annual increase in renewable energy of any state, ever. It's clear that when it comes to wholesale energy reform, the states are leading the way."

"We're not just talking about transitioning to clean energy, we're actually delivering it - along with thousands of jobs in one of the world's fastest growing industries and cheaper bills for millions of households." Premier Andrews said.

Minister for Energy, Environment and Climate Change Lily D'Ambrosio said, "Victoria's offshore wind resources are officially open for business, but the real work starts now. We know it will take years to plan and develop the first tranche of wind projects in Australia, due to their complexity, scale, regulatory and infrastructure requirements - and we're ready to start that journey today."

Support for growth and security

Member for Eastern Victoria Harriet Shing said, "In Victoria, we are continuing our work to support not only the growth of renewable energy and security of supply into the future, but the communities that have delivered our power industries for generations."

"We are determined to see these offshore wind targets both met and exceeded as our energy markets evolve. I strongly encourage the Commonwealth to support energy projects like these through funding and investment, and to equally invest in communities like the Latrobe Valley that are embarking upon large-scale economic and industry transition." Ms Shing said.