Pakenham railway line to have boom gate removed by 2025

The Andrews Labor Government will make Melbourne's longest train line level crossing-free, with the last five dangerous and congested level crossings on the Pakenham line to be gone for good by 2025.

Since 2016, the Labor Government has removed, started construction or commenced advanced planning on 17 level crossings on the Pakenham line, while seven new stations have been built or are underway. 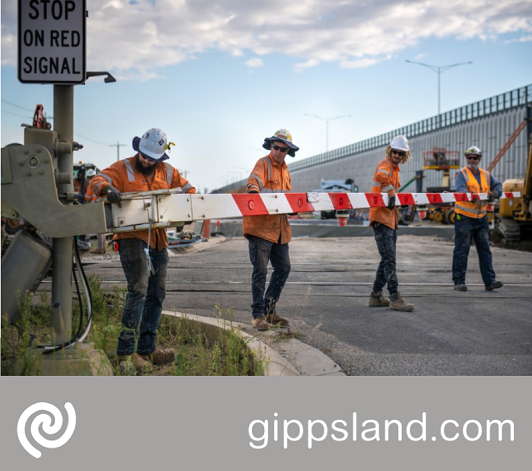 But there is more to do - so the level crossings at Webb Street in Narre Warren, Station Street in Beaconsfield and Brunt Road in Beaconsfield will go, allowing more trains and supporting small businesses and hundreds of jobs.

As part of the project, a new station will be built at Narre Warren, with modern facilities for this community, and an additional two level crossings will be closed at Station Street in Officer and Progress Street in South Dandenong.

Removing these extra crossings will make the Pakenham line crossing-free - improving safety, reducing congestion and allowing more trains to run without frustrating boom gate delays. With work underway at more than 20 sites across Melbourne and one crossing being removed on average every four weeks in 2021, it makes sense to get rid of these extra level crossings while crews are already on the ground.

It will maximise efficiencies and mean more level crossings can go sooner. It will also create jobs and give people across Melbourne better access to work, healthcare services, education and recreation.

Early investigations suggest the most likely design to remove the Narre Warren crossing is a hybrid solution - raising the rail line and lowering Webb Street. The Beaconsfield crossings are expected be removed by building road bridges over the rail line.

Preferred design solutions have been selected for each location, however technical engineers will continue to assess and refine each one ahead of final designs being confirmed. Nearly 33,000 vehicles travel through these crossings each day and frustratingly, the boom gates can be down for up to 33 per cent of the morning peak, when up to 25 trains run through these crossings.

More trains will run on the Pakenham line when the Metro Tunnel opens in 2025, which would keep the boom gates down even longer. As well as causing congestion and delays, there have been 19 near misses at the Webb Street crossing since 2012. There have been two serious collisions at the level crossing at Brunt Road since 2012, with one as recently as 2019.

Advanced planning is underway for the level crossing removals at McGregor Road, Main Street and Racecourse Road in Pakenham as well as the new station at Pakenham East. The new station will a major bottleneck where regional and metropolitan trains are currently required to merge onto the same tracks - with dedicated V/Line tracks to be built, easing congestion and improving train reliability.

Since 2016, the Labor Government has removed 46 level crossings, built 26 new and upgraded stations, created over 5,000 jobs, delivered 30km of bike paths and is creating around 20 MCGs of open space for local communities across Melbourne.

Support to boost the economy

Minister for Transport Infrastructure Jacinta Allan said, "Every Victorian knows the dinging sound of boom gates coming down and the frustration that comes with it, that's why we're getting rid of them - saving lives, easing congestion and getting you home sooner. We've already removed 46 level crossings well ahead of schedule. These extra sites will boost our economy after the pandemic and support hundreds of jobs."

Member for Eastern Victoria Harriet Shing said, "The level crossings at Brunt Road and Station Street will be gone for good, a huge win for the local community, saving them time on the road and making frustrating boom gate delays a thing of the past."

Member for Narre Warren North Luke Donnellan said, "We're thrilled to have another level crossing gone for good in our area and not to mention a brand new station at Narre Warren, boosting safety for locals and busting congestion at the busy Webb Street intersection."