Member for Morwell Russell Northe is questioning the government with regards to the lack of updates and communications with the Latrobe Valley community with respect to the promised Morwell Foodbank Hub which was announced nearly four years ago yet still remains undelivered. By way of background, in November 2018 just prior to the 2018 election, the Labor Party and the government announced $10 million towards the establishment of two new foodbank hubs in Morwell and in Ballarat. 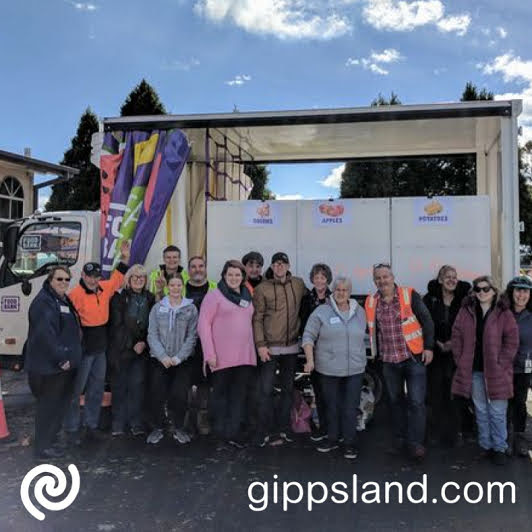 The hub will be run by paid staff and volunteers and will also provide vocational training placement opportunities, supplies will be provided by Foodbank Victoria and donations from businesses

This initiative was rightly widely supported with the development of a centralised warehouse to address the storage issues and providing the critical missing link between Foodbank's supply of healthy foods for families in need. The expansion of these services was according to the government also going to create local jobs.

"Coincidentally last night we celebrated Foodbank Victoria's 90th birthday and it has been such a critical organisation over many decades in support and assistance of vulnerable individuals and families." Mr Northe commenced.

"Many community members have constantly asked me what is happening with this project with a number concerned it has fallen by the wayside like the electric vehicle manufacturing facility that was also promised by the government."Mr Northe said.

Mr Northe said, "Whilst I understand there has been some challenges and delays with the project apparently due to land acquisition and COVID-19 restrictions, surely this doesn't preclude the government from providing regular communications and updates to our community."

Mr Northe said he had on a number of occasions previously written to the relevant state government ministers seeking information on behalf of local residents. Mr Northe said he was hoping to have further dialogue with the relatively new minister for disability, Ageing and Carer Anthony Carbines about the current status of the project.

"It has now been nearly four years since the government's commitment of establishing a Food Bank hub for Morwell was announced, yet we are still no closer to understanding what the status of this project actually is than four years ago" Mr Northe added.

At a time when many of our communities are struggling with the increasing costs of living creating additional enormous pressures on our communities current outreach and service providers who are already operating at a stretched capacity. A facility like this should be fast tracked and already a lot further along in development than it currently is.

Recently an update was provided in relation to the Ballarat Food Bank Hub whereby acquisition of land was announced yet we are still waiting on any form of update from the government. Foodbank is a wonderful organisation the assistance and support they provide for families is unmeasured in its reach making a hugely positive difference in many people's lives.

"Quite simply the community is seeking information as to where, when and how this project will be delivered and to keep the public continually in the dark is simply not good enough" Mr Northe concluded.