Be Brave and Make Change happen, Join us in the celebration this National Reconciliation Week.

From 27 May to 3 June, Latrobe City will join the rest of the country in celebrating Aboriginal Australian and Torres Strait Islander peoples and learning about our shared histories, cultures and achievements. This year's theme - 'Be Brave. Make Change.' - encourages each and every one of us to explore how we can contribute to achieving reconciliation in Australia. 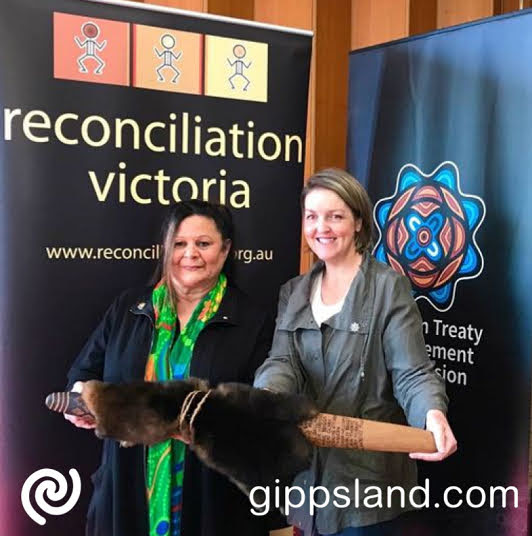 Latrobe City Mayor Kellie O'Callaghan encouraged all local residents to consider what they can do to enact positive change. "We all have a role to play when it comes to reconciliation and building communities that value Aboriginal and Torres Strait Islander peoples, histories, cultures and futures. We are committed to ensuring equal access to a fair system, which protects the rights of individuals and is responsive to community needs."

"Working in partnership with the local Aboriginal and Torres Strait Islander community we want to ensure their culture is respectfully maintained and promoted. I urge all Latrobe City residents to think about how they can contribute to reconciliation not just during this week, but all year round." Cr O'Callaghan said.

A Latrobe City Reconciliation Flag Raising Ceremony and Community Morning Tea will be held on:

This will be followed by a free community Morning Tea in the Nambur Wariga meeting room. Community members are welcome to attend. Registrations can be made online Eventbrite's 'Be Brave. Make a Change' website or by phoning 1300 367 700.